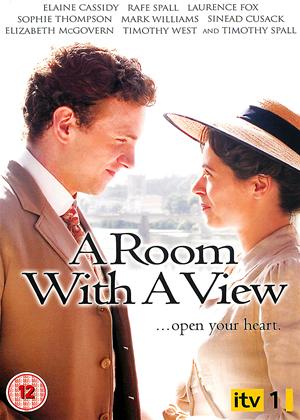 Rent other films like A Room with a View

If you want to watch the definitive version of Room with a View then watch the 1985 version starring Daniel Day-Lewis, Simon Callow, Rupert Graves, Denholm Elliot. One actually wonders why on earth this remake was made - but anyhow, it is mostly an entertaining film, and great fun for those who know Florence to location-spot.

The scenery and acting is fine as one would expect from Timothy Spall and others. The vicar is better cast the the earlier movie actually, and I liked the more explicit mention of his reasons for bing the 'non-marrying kid'. However, Laurence Foxx seems miscast as the intellectual character who the main character gets engaged to - he just looks too cool and not nearly gawky enough. One also expects Lewis to walk by investigating a murder...

Sadly, the wonderful poppy-dotted Tuscan countryside is devoid of poppies, unlike the 1980s version, and at the end we realise that this is symbolic with First World War relevance. This addition at the end was utterly unnecessary - as was the sex scene in this film. The screenplay was written by Andrew Davies who has adapted many an old book for television and who always adds sex scenes of the proto-feminist variety. Fin, but not realistic - this would not have happened in 1912!

So a flawed film though, not as good as the original film version, but still worth a watch.