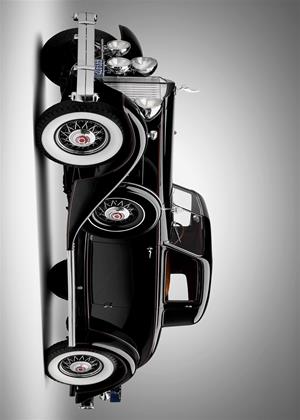 Synopsis:
Best of British Classic Cars Book MG Regarded as the archetypal British sports car, the MG holds a special place in the heart of many a motoring enthusiast the world over. Just a mention of MGA, MGB or Midget conjures up the exciting image of flying-jacket festooned open-top motoring and we feature them all. ASTON MARTIN The story of one of Great Britain s most coveted motoring marques. Aston Martin was formed in the 1920s and has had a rollercoaster ride ever since, producing some of the most beautiful sports cars ever seen. Everything from the International in 1929 to the moden V12 Vantage Zagato, discover the cars of Aston Martin through the ages.
E-TYPE JAGUAR An innovative sports car of the first degree, the E-type Jaguar captured the imagination of car enthusiasts the world over with its sleek, stunning looks, its exhilarating performance and its sensible price when it took to the road in 1961. It was an instant sensation and a winner for Jaguar for 14 years. We take a look back at the glory of the Series 1, 2 and 3. Great British Cars DVD Celebrate an era when Britain ruled the roads in this fascinat­ing journey. Glorious footage shows a cavalcade of the best of British, from the prestige of Rolls Royce to the practicality of Dagenham s Fords. We are treated to wonderful close-ups of perfectly maintained and lovingly restored classics still running today, as well as archive footage of iconic machines in action on road and track in their heyday. From design workshops and factory floors to race circuit and modern day parades, this is an essential guide to the most important vehicles in British automotive history. Great British Cars opens with a look at the luxury liners, including the Rolls Royce Corniche, Bentley Continental R Fastback and the space, grace and pace offered by Jaguar with its groundbreaking Mark VII and S-Type. We then move on to the sports car classics, including Jaguar s record-breaking XK120 and legendary E-Type, Aston Martin s sought-after Zagato and iconic DB5, and Colin Chapman s ingenious Lotus designs, plus the unforgettable Austin Healeys, MGs and the Jensen FF. Then we have the family favourites, led by the British-built Fords created at Dagenham. Alongside the reliable runabouts like the Anglia and Prefect, we examine the sporting pedigree of the Lotus Cortina, the Escort and the Capri with some action-packed racing footage and contributions from the likes of three-times Formula One World Champion Sir Jackie Stewart. Finally we pay tribute to the contribution of the design genius Alec Issigonis with an examination of two of his most famous creations, the Morris Minor and the Mini. Alongside the mouth watering footage there is informed commentary brimming with detailed technical information.
Studio:
Koch Media
Genres:
British Films, Documentary, Special Interest, Sports & Sport Films
Countries:
UK