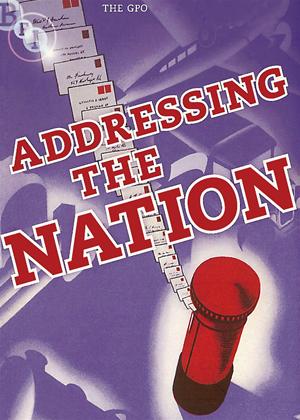 Being rather ignorant when it comes to history, I had assumed that this compilation of GPO (General Post Office) films would consist solely of films about how the postal service operated. I had no idea what an integral part of the British communication network the GPO occupied at this time (this compilation covers 1933-1935). As well as the postal system, the GPO also ran the telephone and telegraph networks, the Post Office Savings Bank and even oversaw the running of BBC radio.

What I was slightly more aware of was that, despite the GPO being a government run department with, on the face of it, a fairly specific promotional remit, the GPO film unit was renowned for providing talented filmmakers with a surprising amount of room to experiment.

Because of these factors, there is more variety on show here than you might expect. There are some fairly 'straight' public information films about specific functions of the GPO (The Coming of the Dial, Cable Ship), impressionistic documentaries (Granton Trawler), self-satirising advertisements (Pett and Pott, The Glorious Sixth of June), abstract animation (A Colour Box) and all sorts of other curiosities.

Among the longer films are A Song of Ceylon, commissioned essentially as a piece of propaganda by the Ceylon Tea Propaganda Bureau and the Empire Tea Marketing Board, but transformed here into something much more intriguing and ambiguous, and BBC The Voice of Britain, a larky behind-the-scenes look at BBC radio, with various BBC employees gamely parading through a series of staged conversations and meetings.

So if you have an interest in the history of either British filmmaking and/or British social history, you should find something of interest here.

If you are renting this you won't have the booklet that comes with it, but synopses of all the films, which help to put them into context, can be found at http://www.screenonline.org.uk/