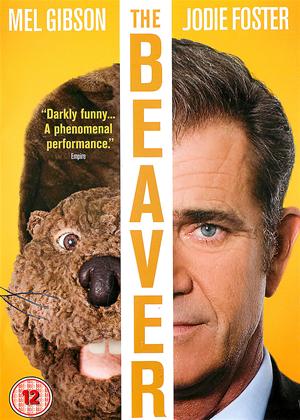 Reviews (1) of The Beaver

Gibson gives a masterclass - The Beaver review by JD

Mel Gibson is involved in all of my top 3 films (Gallipoli, Hamlet and Apocoliptica). I was expecting something good and was not disappointed by his acting of a suicidal alcoholic who becomes a teetotal schizophrenic. Not an easy acting task and could not have been done better. Jodie Foster is an actress I hold in a similar amount of awe. Her task however was a lot easier and to be frank could have been bettered. The direction was very average and spoiled a subtle exposition of a fragile mind, with an atmosphere of squeaky clean, suburban, leafy crassness.

The Beaver is the much gossiped over Mel Gibson and Jodie Foster movie about a depressed toy maker who, in a rather sick twist, is forced to use a toy beaver puppet to help him with his anger issues.

The film was directed by starring actress Jodie Foster and has a rather quaint family undercurrent running through its comedy overtones, as the main character, Waller’s (Gibson) family try to accept his new beaver persona for the sake of the youngest child and sibling.

The film received limited box office openings due to the media coverage of leaked telephone messages left by Mel Gibson to an ex-girlfriend, however the studio deny that this incident had an impact upon the film’s release.

It is somewhat a blessing in disguise that the film received limited release however, as the most interesting aspect of it was the fact that the sheer madness of Gibson’s character is an interesting reflection on his own shifting public persona, which has gone from one of the hottest men in Hollywood to an over zealous and angry recluse.

The film has it’s moments of comedy but overall it deserves its 12A rating for the darkness that dwells within Gibson’s character. The representation of Waller’s depression is a little heavy handed however, and although Gibson gives an admirable performance it simply isn’t enough to raise the film into the dramatic and tragic status it so clearly desire