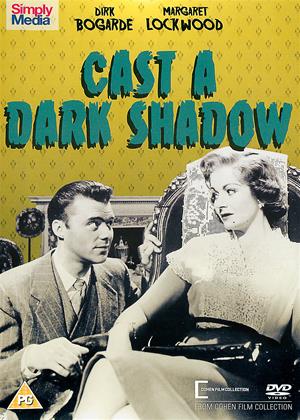 Synopsis:
Smarmy, psychotic fortune hunter Edward "Teddy" Bare (Dirk Bogarde) has a penchant for the older woman... and for murder! Having plied his elderly wife (Mona Washbourne) with alcohol, the modern day Bluebeard leaves her to die from gas poisoning by the fireplace of their stately home. Having done the nasty however, his wife's fortune soon turns out to be far smaller than Edward realised, and what there is has been entailed away to a distant sister. He sets his greedy sights on the heavily insured barkeeper Freda (Margaret Lockwood). Edward soon grows restless with his crass new wife, who refuses to give him a penny, and instead targets a third wealthy matron (Kay Walsh).
She, however, is no fool and has plenty of her own secrets. Secrets that could expose Teddy. Has he finally met his match?
Actors:
Dirk Bogarde, Margaret Lockwood, Kay Walsh, Kathleen Harrison, Robert Flemyng, Mona Washbourne, Philip Stainton, Walter Hudd, Lita Roza, Victor Harrington, Aileen Lewis, Myrtle Reed, Guy Standeven
Directors:
Lewis Gilbert
Producers:
Herbert Mason
Writers:
John Cresswell, Janet Green
Studio:
Simply Media
Genres:
British Films, Classics, Drama, Thrillers
Countries:
UK

Reviews (1) of Cast a Dark Shadow

Shocking - That It's So Good. - Cast a Dark Shadow review by NC

'Cast A Dark Shadow' is one of those drawing-room murder/suspense/thriller/dramas, based on a stage play, which, when very well done and very well acted, provide riches greater than an unsurprising plot and the date (1955) may make the audience expect.

Ed (Teddy) Bare has a charm which fools older women into thinking he isn't courting them solely for their money. When his marriage to 'Monnie' ends in a deadly misunderstanding, he is on the look-out for his next sugar-mummy. Enter Freda Jeffries. But Teddy Bare has made another false step...

Lewis Gilbert, later to make 'Alfie' and 'The Spy Who Loved Me', keeps the tension taut. Plenty of shadow, and deep-focus photography encourages an appropriate atmosphere. Dirk Bogarde may not do anything you haven't seen before from him - but by crackey does he do it better than almost everybody else. Yes, the eyebrows may work overtime a little too much, but the subtle change of expression, the small alteration of voice register, the total conviction that he is that character whether he's spreading the soft-soap on thick or raging in a demented fury, are a privilege to behold. Bogarde is so great that I've never seen him upstaged by another actor - until now. Margaret Lockwood is an utter revelation. Forget any notion (such as I had) about the type of acting seen in routine costume romances, or the big-budget, star-studded blockbusters of the day. I had an idea of what she would be like in the film, but she blew all that out of the water, acting her socks off as a hard-as-brass, seen-it-before widow, unwilling to shake off her ordinary background, contemptuous of the rich but wanting to live their lifestyle. And she patently will not take any baloney from new husband Ed about needing money for this or that. Teddy Bare has met his match. Kathleen Harrison has often seemed too shrill, too deliberately the simple, working-class archetype. But here she gets it bang on the money as Emmie, the maid of all work, used and exploited by 'Mr. Bare' in such an underhand way she still regards him as a kind and considerate gentleman. His frequent 'Toddle, Emmie' will live with me for quite a while.

Interesting hints there may be a latent homosexuality to Teddy Bare lie scattered across the film. His repugnance when it comes to hugging and kissing may not be just because of the age gap. His constant referral to 'Monnie' sounds remarkably like 'Mommy'. Most overt of all is the body-building magazine he browses as he awaits his opening shot with Freda Jeffries.

I came to 'Cast A Dark Shadow' expecting a lightweight but reasonable potboiler. I came away thinking there really can't be all that many better films of its kind.