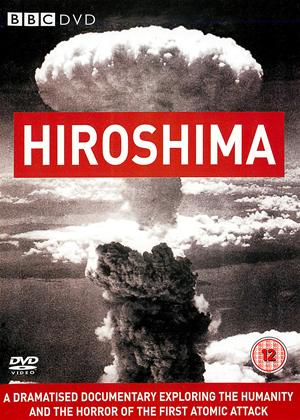 Synopsis:
At 8.15 am on 6 August 1945, the first atomic bomb was dropped over the Japanese city of Hiroshima. A scientific, technological, military and political gamble – the attack proved to be the defining moment of the 20th Century. Set in the three weeks from the first test explosion in New Mexico to the eventual dropping of the bomb, Hiroshima takes viewers into the room where the crucial political decisions were made; on board the Enola Gay on her fateful voyage and even inside the bomb as it explodes. On the streets of Hiroshima, we witness the devastation. Nearly 100.
000 people killed instantly and those who managed to survive – in spite of the lethal heat-blast, the colossal shockwave and the invisible effects of gamma radiation – tell stories of a living nightmare. Using archive footage, state-of-the-art visual techniques and dramatic reconstructions based on unprecedented access to protagonists and witnesses, Hiroshima places the dropping of the bomb in its historical and political context and unflinchingly depicts the effects of the terrifying nuclear explosion.
Actors:
Noboru Akima, George Anton, Fred Ashworth, Robert Austin, Daniel Ben Zenou, Ed Bishop, Katsumi Chô, Lee Colley, Garry Cooper, Gus Danowski, Tim Davenport, George Elsey, Michael Fitzpatrick, Teruko Fujii
Directors:
Paul Wilmshurst
Voiced By:
John Hurt
Writers:
Paul Wilmshurst
Studio:
2 Entertain
Genres:
British Films, Documentary
Countries:
UK

This informative and sometimes disturbing documentary was screened on the BBC on 7th August 2005 and released the following day on DVD.

As with any BBC documentary it is beautifully made with great regard to the survivors and veterans involved, showing compassion.

The Documentary clearly sets out to put both sides of the story using first hand accounts and dazzling special effects.

The US had a genuine belief they were doing right by dropping the first bomb on Hiroshima, in an attempt to end the war, knowing the Japanese would stop at nothing, resulting in a loss of life far in advance of anything they believed both bombs would cause.

You are left with the shocking fact that because of the resulting radiation, the aftermath is still very real today some 60 years on, and did it really cut the loss of life after all?

One point to me, which said it all... This was just an experiment the US continued.

Only initially tested days earlier, and very much still an experiment, to the extent that the crew of the Enola Gay had to improvise the bomb trigger to avoid taking off with the bomb fully armed. The use of two other B29’s to record as much information as possible was another shocking revelation to me.

This DVD is a good starting point for anyone wanting to begin research into the Japanese involvement during WW2, Ironically because it shows their total collapse and surrender, after the dropping of the second bomb on Nagasaki.