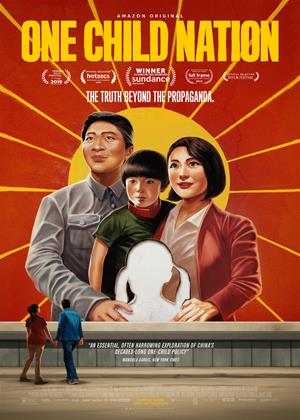 Reviews of One Child Nation

Decades ago, China instituted the One Child policy to control population growth. By government order, Chinese families were only permitted, one child. Anymore being conceived would either result in massive fines at best and forced abortions at worst. It was a policy that continued on for many years until very recently in the 2010s when the policy was lifted. This documentary attempts to look back on how the nature of instituting the One Child Policy has warped a nation that curbed its own growth.

Co-director Nanfu Wang is expecting a child and decided to dig back into her past of having grown up among the policy. She recalls a hefty dose of propaganda to ensure that nobody would have more than one child. For those not familiar with China’s organic reach, this was no mere slogan with bumper stickers and a few PSA style commercials. This was a full-blown movement in China. There were not just banners and songs but elaborate plays and vibrant stage musicals to really force home the point about not having another kid.

Wang visits many of these people who contributed to the movement, either by taking part in the propaganda or performing the abortions. Their stories are troubling but come with an uncomfortable bitterness about the past being foggy in the wake of the policy being lifted. Two interviews, in particular, are the most impactful. One is with an old man who showcases his many banners and props for the policy, seeming to be more aloof to the messaging, only being slightly against the notion in retrospect. The other is with a woman who witnessed the many abortions, often forced and performed in the thousands. She recalls the memories and as she slowly unearths them, the tears come. Deeply regretful tears.

We follow plenty more figures around this subject, including those who had children in China and those who adopted outside the country. There are stories told of how those who was the second child of a family were not only resulting in a fine but were mocked and harassed by their peers. After all, all the media is telling China that a second child is the worst choice for the country. If you are that second child, everyone treats you like garbage. And once you see some of the propaganda pieces translated, it’s no surprise that second kids were treated like trash by others, where your very existence is seen as a burden on the country.

This is the best kind of documentary that feels personal, in-depth, shocking, emotional, and looks at the bigger picture. One may scrutinize the documentary as not taking into account the economic benefits of such a policy, that the ends of a more robust country justify the means of policing birth. But Wang covers this as well. She notes how after all the policies in ensuring there are fewer babies, the young are now much lesser in the country, meaning fewer people to care for the elderly. A dwindled population from such control may also result in a stagnation of newer members of the workforce, consumer groups, and so much more that were foreseen with pursuing such a policy. It’s very troubling to here such a result from something that was so slanderous, destroyed families, and resulted in numerous forced abortions.

This is easily one of the best documentaries of 2019.