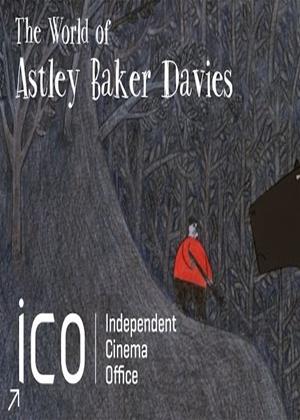 Synopsis:
The Hill Farm (1988)
Mark Baker’s first film made as a student at the National Film and Television School is a sign of things to come, an engaging, beautifully realised and nuanced piece of work. It won a BAFTA, was Oscar-nominated, received the Grand Prix at the Annecy Animation Festival and the praise of the Russian animator Yuri Norstein. The story takes place over three days and focuses on three groups of people (farmers, campers and hunters) and their use and abuse of the countryside. Farmers, hunters and tourists clash in this stunning cel animation using wax pencils. The film has no dialogue, and relies on animation, sound effects and music.
Living in a Mobile Home (1985)
A music video for The Popticians (featuring performance poet John Hegley), this lively cel animation is a riot of visual jokes and quirky juxtapositions. Stylistically, there are echoes of classic Disney animation, such as the dream sequence from Dumbo, but it remains very much a unique and original vision delivered with confidence and brio.
The Village (1993)
Commissioned by Channel 4 in the wake of The Hill Farm’s BAFTA win and Oscar nominations, the beautiful but simplistic designs belie the dark reality of life in this insular village. Infidelity proves the only chance at happiness, but has destructive consequences. This was the first time that the creative team of Astley Baker collaborated on a film, and it came out at a particularly vibrant time for British animation. Again, it was nominated for an Academy award.
Jolly Roger (1998)
Captain Jolly is the cruel and grasping leader of a pirate ship who capture the booty of Estelle. She is saved by the cowardly Captain Roger who then reclaims her treasure. But Captain Jolly is a man of revenge. This memorable animation received an Oscar® nomination and won the special jury prize at Annecy. Jolly Roger marks Astley and Baker’s first use of computer animation and is the first time they are co-credited as writers. It’s the first time in this programme we encounter the voice talent of Morwenna Banks and John Sparks who provide many of the unforgettable characterisations in the Peppa Pig series. There are also glimpses of some of the classic Astley Baker themes - the scary fish with large teeth is an earlier incarnation of Big Bad Barry from Ben and Holly, and the redoubtable gutsy heroine provides a template for some strong and distinctive female characters to come.
The Big Knights - Lost Doris (1999)
The Big Knights, voiced by Alexander Armstrong, Brian Blessed and David Rintoul was Astley Baker Davies' first full television children’s series and the first example of their work which spoke to an adult and children’s audience simultaneously. It had the same producer as Jolly Roger, and more of the voice talent that would make up their stable of regular collaborators. This selection from the thirteen-episode series demonstrates the distinctly British anarchic humour of the films.
Peppa Pig - The Funfair (2009)
Peppa Pig is one of the most successful children’s series of all time and has been shown in 180 countries worldwide. In this classic episode, the family visits the funfair and Mummy Pig, after being told that the prizes may be out of her reach, takes up the gauntlet on behalf of her sex and rips up the field. This was the first time that Phil Davies came on board as a producer and the team achieved considerable commercial success. Peppa Pig is extraordinarily effective in cutting across class, race and gender divides as well as inciting merriment from both adults and children. It’s deceptively simple but decidedly complex, and shows the animators at the height of their powers
Ben and Holly's Little Kingdom - Granny and Granpapa (2012)
Ben and Holly is the most recent of the trio’s collaborations and another global success. Like Peppa, it offers a parallel universe of familial relationships and unforgettable characters as well as some incis.
Genres:
British Films, Anime & Animation
Countries:
UK

Reviews of The World of Astley Baker Davies