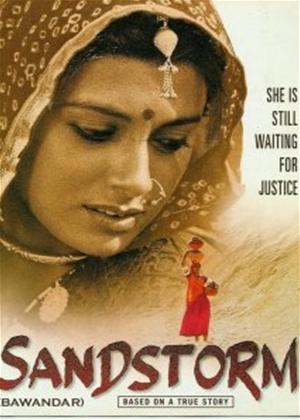 Synopsis:
Shoba T. Mathur works for the Central Government in India and her job is to create awareness against child-marriage and other social evils that prevail due to general misinterpretation of the Hindu Shastras that demean women, particularly in Dhabri, a village in the state of Rajasthan. She does succeed in recruiting a young housewife, Saanvri, the mother of a young girl, Kamli, and wife of rickshaw driver, Sohan. Saanvri goes around the village raising awareness, and incurs the wrath of the village elders, mostly members of the Gujjar family. When Saanvri persists with her efforts, five of the men severely beat-up Sohan, and gang-rape Saanvri.
A devastated Saanvri and Sohan decide to get justice. They go to the Police Station, but the Police Inspector refuses to lodge a complaint until and unless he gets a Medical report. The doctor will not issue a medical report until and until he gets Court Order. Sohan and Saanvri, with Shobha's help do go through this process, and a complaint is finally lodged. Despite of this, the Gujjars are not arrested and continue to wander around, bragging about their experience with Saanvri. Saanvri's case then gets nation-wide attention, with the Prime Minister himself entrusting this investigation to the Central Bureau of Investigation. The Gujjars are arrested and tried in Court, but are fully aware that this is nothing but a charade, for they have the backing of the local Member of the Legislative Assembly, Dhanraj Meena, who has hired a lawyer, Purohit, and has instructed him to ensure that the Gujjars are not held liable. Watch as Judge after Judge is transferred, even the Prosecuting Attorney is of a upper caste, and is under pressure from the Gujjar community. Faced with a corrupt police force, an even more corrupt Judicial system fueled more by wealth, influence, and caste rather than the rule of law, will Saanvri succeed in getting the justice she deserves?
Actors:
Nandita Das, Raghuvir Yadav, Deepti Naval, Rahul Khanna, Laila Rouass, Govind Namdeo, Ishrat Ali, Yashpal Sharma, Lalit Tiwari, Anupam Shyam, Ashok Banthia, Shri Vallabh Vyas, Ravi Jhankal, Mohan Bhandari, Lillete Dubey
Directors:
Jag Mundhra
Writers:
Ashok Mishra, Sudha Arora
Aka:
Sandstorm
Studio:
Eros Entertainment
Genres:
Bollywood
Countries:
India, Bollywood