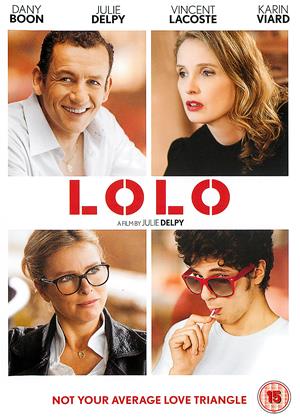 Lolo is a decent attempt at black comedy/satire by director and writer Julie Delpy, who puts the old adage “opposites attract” on full display in her latest flick. Which needless to say, is as farcical as French satires get, and that’s saying a lot for the future of French cinema. Genre things aside, Lolo focuses on a French woman in her 40s who desperately tries to find true love – in all the meaning of that word. To this extent, Lolo works and it works well, but when it doesn’t – it’s apparent to everyone in the room and this is precisely why Lolo just falls short of being a better film than it ended up instead.

The film follows Violette (Ms. Delpy), a divorced woman whose obsessions with fashion led her to become one of the leading gurus in the Paris scene. And so, Violette meets up with her long-term friend Ariane (Karen Viard), after which both of them they decide to find their soulmates in a hurry to mitigate the fact of ending up alone in their twilight years. Oh and btw, Violatte has a 19 year old son, whose antics will develop into something much more sinister as things progress further in the film.

Strangely enough, Violette crosses paths with a peculiar but charming man named Jean-Rene (played by Dany Boon), who ends up dumping a freshly-caught fish in her unsuspecting lap. Soon, Violette and Jean-Rene become an item, something that Violette’s son Lolo is not very fond of happening, and therein develops the conflict.

In fact, Lolo decides to break this bond by use of clandestine activities that also have strong undertones of oedipal tendencies as well. This is the point where Lolo (the film) locates all its farcical bits, as Lolo (the character) employs his devilishly-clever but psychotically-dangerous scheming in order to break the couple apart; will he succeed? Are Violette and Jean-Rene going to stand the test of time? Was it even meant to be in the first place? The answers to these questions are totally up to Lolo, whose insatiable thirst for revenge trumps even the love of his mother – for all its natural worth.

Delpy’s film is equal times creepy and comedic in nature, depicting an unhealthy mother-son relationship in, and I’m using this word for the third time, farcical fashion that doesn’t seem like it rests upon healthy roots underneath. And this is exactly where Lolo pushes its appeal: take an ordinary relationship, twist it to unrecognition, sprinkle some creepy undertones – and you’ve got yourselves a film, for the better or worse.

All things considered, Lolo is fresh, interesting, funny, but not very deep. It’s probably perfect to rent on a rainy afternoon when there’s nothing else going on in the city (to counter rain with sunrays). As such, Lolo works perfectly well and it’s reasonable enough to elicit at least one watch.