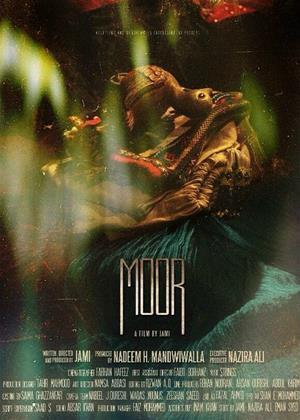 Synopsis:
Recently widowed, Wahidullah Khan (Hameed Sheikh) is a troubled station-master at the Khost railway station on the fractured Bostan-Zhob tracks. The station, his sole source of income, has been reduced to a pitiable ruin due to the prevalence of a mafia which has caused several rifts in the Baluchistan railways. Using a combination of incentives and coercion, it acquires the land on which the tracks and stations were situated - and builds commercial and residential developments there. Additionally, it sells the steel, removed from the tracks, for a fortune.
Wahid is in a predicament; torn between a verbal agreement to sell the station and tracks under his care to the mafia - including his brother, Zahir (Shabbir Rana), and gang leader, Lalu (Sultan Hussain) - and the last wishes of his deceased wife, Palwasha (Samiya Mumtaz). She vehemently opposed the deal, based on a strong conviction that this land keeps her family rooted.
Meanwhile, Wahid’s son, Ehsaanullah Khan (Shaz Khan), has set out to turn his fortunes in Karachi, Pakistan’s troubled megacity, only with the memory of his mother’s guidance to use time to his advantage. Yet the city, which appeared to be a sweet promise of success from a distance, is more unforgiving than Balochistan’s treacherous landscape; here, time is at no one’s mercy. Frustrated by his circumstances, Ehsaan chooses the more dishonourable trajectory to success, by getting involved in the corrupt, but highly lucrative, business of counterfeit documentation. He continues in the business even after his mother’s passing, and a scandal that almost exposes him in the film’s opening sequences. He is, nonetheless, persistently haunted by his conscience and his mother’s upright values of honour and loyalty to the land.
Actors:
Shaz Khan, Hameed Sheikh, Samiya Mumtaz, Nayyar Ejaz, Joshinder Chaggar, Sonia Hussain, Eshita Syed, Shabbir Rana, Ayaz Samoo, Abdul Qadir, Omar, Sultan Hussain, Zainullah
Directors:
Jami
Writers:
Jami, Ali Nazira
Aka:
Morqaye / One the Film
Genres:
Drama
Countries:
Pakistan, Drama