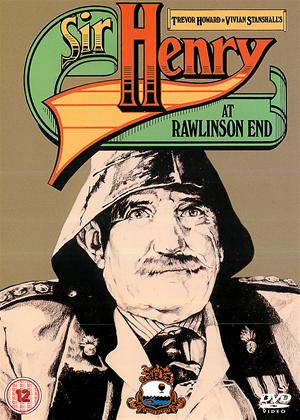 Rent other films like Sir Henry at Rawlinson End

When this film first came out there were queues round the block, because it was that rarest of creatures, a cult movie with a pre-existing cult. But almost overnight it was playing to empty cinemas. It's so imaginative that it's impossible not to like it on some level, but the trouble is, it's utterly incomprehensible and very badly made. Vivian Stanshall, who created the title character and might have been expected to play him, was a hopeless alcoholic whose participation had to be limited to few cameos as Sir Henry's utterly mad brother Hubert. He also co-wrote the script in a drunken stupor. And, depending who you ask, quite a few other key members of the cast and crew may have been drinking heavily throughout the shoot.

Sir Henry Rawlinson and his loopy relatives first appeared in a series of monologues, nearly all of which were broadcast at random intervals over several years on John Peel's late-night radio show. To understand everything that happens in the film, you have to be intimately familiar with this material. Even the LP with the same name as the film omits some monologues that were the basis for important incidents in the movie, while including others which have nothing to do with it. For example, one major plot-strand isn't explained in any way apart from a totally baffling poem in fake Old English recited by a drunk over crowd-noise (it isn't explained on the LP either). Which, to the unprepared viewer, makes it seem as though Sir Henry suddenly commits gory mass murder for no reason at all, but nobody seems to mind and it's never mentioned again.

Even sight-gags requiring no explanation often fail because they're shown in the background, not necessarily in focus, while our attention is on foreground events, and no thought appears to have been given to whether things we're supposed to notice will be noticeable in black and white. In one particularly bizarre scene, a potentially very funny gag falls flat because the costumes necessary to make it work obviously aren't finished, and what's more, the visibly embarrassed actors don't seem to know what they're supposed to do, so presumably the director wasn't actually directing the film during that scene, and possibly others.

There aren't that many films that could have done with a commentary track during their theatrical release, but this is certainly one of them! Though as commentary tracks go, it's not one of the most coherent, especially towards the end. The glasses that can be heard clinking throughout may have had something to do with that.

The pity of it is that this could have been the bizarro masterpiece all those people queuing round the block when it opened thought they were going to get, if only the script had been adapted from Vivian Stanshall's hilarious radio sketches by somebody else who wasn't drunk, and the film had been directed by somebody who knew how to direct. I wonder if there's any chance of a remake?