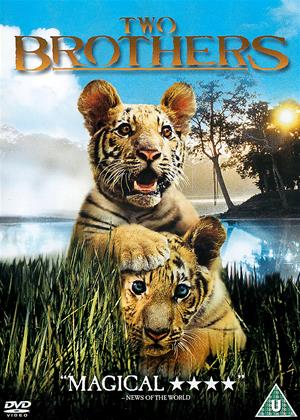 All aspects of this unique film are good - acting, scenery, cinematography and music. I am surprised it is not more widely known. However, the tigers steal the show, with the most amazing wild-life filming I have seen. The tiger scenes, particularly of the cubs in the wild are absolutely fascinating, and there is additional material on this which is also well worth watching on the bonus features on the DVD.

The film covers a range of genres, including wildlife, historical, international, comedy and adventure, and is not just a children's film. The story follows the lives of two tigers in the Far East (filmed on location in Cambodia and Thailand) in colonial times, with a wide range of very realistic scenes. Some of the scenes are sad, and the film poses serious questions on how we treat wildlife.

One of the tigers spends time as a pet for the son of a senior colonial official, with hilarious repercussions for family life. The human characters are well depicted with a blend of French humour similar in some ways to that in Amelie, which (unusually) had both me and my wife laughing out loud - particularly in some of the later tiger scenes. This story held our attention right through to the end.