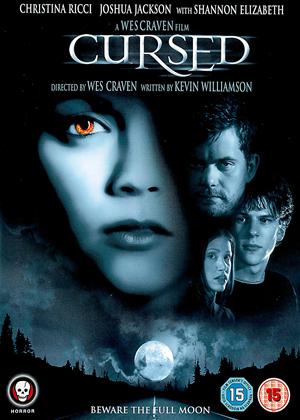 A werewolf movie with no bite - Cursed review by CP Customer

Sister and brother, Ellie and Jimmy are driving home late one night through Mulholland Drive when something monstrous crosses their path. One nasty road accident later, the passenger of the car they just crashed into is dragged off into the woods by a mostly unseen creature. Ellie and Jimmy do not escape unscathed themselves. The creature has mildly injured them both, and soon brother and sister are experiencing strange heightened senses. For Jimmy, it's a blessing in disguise as he returns to high school and battles the school bully with his new found powers. Though Ellie feels compelled to try and discover the identity of the beast in time to save both herself and her brother from the curse. The biggest problem with 'Cursed' is that as a film it can't quite decide on what it wants to be, a horror, a comedy or a farce. Kevin Williamson's script is a dull patchwork of tired old clichés, and for the most part this is a cheap 'Scream with werewolves' clone, filled with beautiful people acting badly, with some decidedly average special effects. This film might have fared better in the 90s, but by todays standards this really doesn't deliver the goods.

Well, what do you expect from Wes Craven?

A well thought out, stylish piece of modern horror, a few scenes removed that should have stayed. Acting ok, Werewolf used good CGI and an actual actor, so it all looks believable.

Wes Craven at his clever best, not in the same league as early Freddies, but has moved on and produced a good film.

Well worth a watch. Nice to see Wes Craven back.

Not a gore fest. - Cursed review by CP Customer

Although some of the effects were a little ordinary, this was quite a clever, involving little film. It was intelligently put together and combined a knowing awareness of the genre with some tense moments -