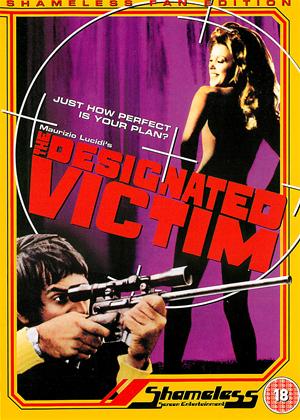 Synopsis:
A true high point in 70s Italian thriller cinema, this inspired remake of Hitchcock's Strangers on a Train from director Maurizio Lucidi is able to push the concept of the original movie into something far more unbearably tense and deliciously twisted. Stefano needs to sort out his troublesome wife who is seriously cramping his future plans. A chance meeting with a wealthy Count Matteo leads to an extraordinary plan where both will do each other a murderous favour to free them from the people who ail them. The problem is Stefano treats this as a joke whilst Matteo is deadly serious and what he does drives Stefano to the edge of sanity in a gripping race against time!
Actors:
Tomas Milian, Pierre Clémenti, Katia Christine, Luigi Casellato, Marisa Bartoli, Ottavio Alessi, Alessandra Cardini, Enzo Tarascio, Carla Mancini, Bruno Boschetti, Giuseppe Alotta, Vittorio Pinelli
Directors:
Maurizio Lucidi
Voiced By:
John Gayford, Frank Latimore
Writers:
Augusto Caminito, Fulvio Gicca Palli
Studio:
Screen
Genres:
Thrillers
Countries:
Italy, Thrillers

Sign up
The Living Dead at the Manchester Morgue

One of the many reasons I have been drawn to the giallo genre over the last few years is the attention paid to locations. Beautiful, jaw-dropping scenery occasionally succeeds in distracting the viewer from a meandering plot, or plot details that sometimes make little sense. I also love that these productions are very ‘of their time’. That is to say, at their peak in the early 70s, their style virtually defines the look and style of those years.

This is very much the case with ‘The Designated Victim’, which Shameless DVDs have brought us from the brink of the abyss of ‘lost films’. Carefully stitching the project back together, we should be grateful that this exists at all. It has the exotic looks of the early 70s ‘turned up to 11’. The Venice locations are incredible, draped in chilly mist, which greatly enhances the enigmatic presence of fey Count Matteo Tiepolo (Pierre Clémenti, dubbed by an actor who seems to be channelling Michael Gough), all long curls and flowing, eccentric clothes. His relationship with weary playboy Stefano Augenti (Tomas Milian, also featured in the following year’s ‘Don’t Torture a Duckling’; he also sings the end theme) more than verges on the homo-erotic and adds an extra element to the murderous deal they strike: they agree to kill each other’s relatives. The two men are featured on most of the publicity, rather than the image of a nubile young woman as in other films of this type.

The exquisite music of Luis Enriquez Bacalov greatly compliments this stylish thriller. Shameless really have done an exceptional job restoring director Maurizio Lucidi’s magnificent looking project. A reworking of Alfred Hitchcock’s ‘Strangers on a Train,’ this is certainly leisurely paced and could contain more in the way of suspense – and yet to me, it looks so good, and the relationship between the leads is so weird, anything else is secondary.