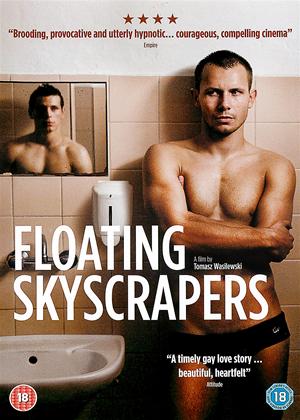 Synopsis:
Aspiring champion swimmer Kuba lives a normal, uneventful life at home with his mother and girlfriend. But Kuba has also been growing more curious about some of the boys at the gym. At a gallery opening one night, he meets Michal. Kuba drops his training program and begins to dream of another life. Meanwhile, Michal takes on the task of convincing his mother and distant father that his lifestyle is not just a passing fancy. Kuba comes to recognize he has never experienced feelings as deep as those he has for Michal. It takes all the courage he can muster to face those who love him and dive in.
Actors:
Mateusz Banasiuk, Marta Nieradkiewicz, Bartosz Gelner, Katarzyna Herman, Olga Frycz, Izabela Kuna, Miroslaw Zbrojewicz, Mariusz Drezek, Katarzyna Maciag, Michal Grzybowski, Michal Podsiadlo, Aleksandra Bednarz, Katarzyna Roslaniec, Orina Krajewska, Mateusz Lasowski, Wojciech Sikora, Stanislaw Banasiuk, Krzysztof Makarewicz, Tomasz Chrapusta, Anna Kerth
Directors:
Tomasz Wasilewski
Producers:
Izabela Igel, Roman Jarosz
Writers:
Tomasz Wasilewski
Aka:
Plynace Wiezowce
Studio:
Matchbox Films
Genres:
Drama, Lesbian & Gay, Romance
Countries:
Poland, Drama, Lesbian & Gay, Romance

Heralded as Poland’s first LGBT film, though it was pit to the release date posts by the similarly themed In the Name Of (2013) Floating Skyscrapers is the story of Kuba, a swimming enthusiast who, thanks to a secret relationship, slowly begins to come to terms with his sexuality.

The film follows Kuba, a young Polish man with dreams of championship swimming who lives with his girlfriend Slywia and seems unable to escape his somewhat overbearing mother: though he has always been aware of his homosexuality, or at least bisexuality, Kuba has been forced by a disapproving society to keep his thoughts and feelings to himself. Upon meeting Michal however, Kuba finally begins to connect the emotional aspects of homosexual love with the sexual allure of lust. With a handful of sexually tense moments the film explores Kuba’s draw to Michal and the fall out of his “coming out”.

A very quiet and delicate film Floating Skyscrapers has a distinctly familiar feel to it, for those of us who have watched both the big money making Oscar winners and the far smaller and more unusual LGBT films from the UK and the US over the last twenty years. The social and cultural issues addressed are those that were present in our culture as far back as the 1980’s; yet the Eastern European locale of this film reminds us that for many people homosexuality remains a covert, dangerous and intimate secret. Though this does not ruin the film at all, in fact it provides an incredibly interesting extra dimension of social and political context to the piece; it does mean that the story loses some of its impact for those of us who are already so familiar with such themes.

Do not take this to mean that I disliked the film, far from it; Floating Skyscrapers is hugely enjoyable; it is an intimate and emotional story with a compelling lead character brilliantly played by the wonderful Mateusz Banasiuk. But the time delay in the experience and depiction of its themes makes it a little predictable and easy to lose interest in.