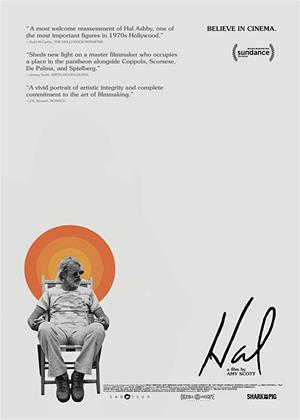 Hal Ashby may have died in the late 1980s but his films still resonate today as some of the boldest, striking, and most meaningful of productions. Though his directing career only spanned two decades, his mark was greatly made. Hal is a documentary that takes big aim at his legacy which reveals how committed and frustrated this man was, committed to serving up the best filmmaking had to offer from a time of great revolution with plenty to say.

His story retold from his recordings and talking heads of those who knew him best, we get to understand how Hal’s mind came to form his notable and award-winning films. He started working at a studio in the 1960s as an editor, working on such titles as In the Heat of the Night, which won him an Academy Award. His editing helped establish him but also gave him the inspiration needed to make films that had something to say.

His first film was The Landlord from 1970, taking aim at gentrification in Park Slope, Brooklyn. From this film, you can automatically see where Ashby wants to go with his filmmaking. He favors the hippie mindset about reshaping the world and making his voice heard. Cementing this psychology of anti-war and grass-smoking are the correspondent letters we read in this documentary, where he explodes into rants about how much he despises the executives trying to hold him back and the world that seems so messed up. His language salty and his rage felt through the page, he takes all that anger and frustration and channels it into the screen, be his films as blunt as political commentary, simple as dark comedy, or heavier as a period piece. Ashby covered a lot of ground.

Hearing the stories about Hal, it’s amazing to discover how committed he was to film. When he was on the set, if someone had an idea for a new type of shot that might look good for the film, Hal was open to experimentation, even on his more chaotic productions. He would shoot absurdly long amounts of dailies for his grander films and would examine every spec of that footage.

Most saddening about a man like Hal is that he seemed to be a part of the last gasp of filmmaking most striking before the mega-blockbuster of Star Wars hit the scene and changed the very nature of how films are made. While Ashby continued making films after the 1978 debut of Star Wars, including the commercially successful Vietnam film Coming Home, his films faltered as he lost control and the once prolific director of Harold & Maude and Being There fell away from others. Rumors circulated and Ashby’s films became tougher to sell in an industry that wanted bigger films and fathomed that Ashby’s nature had led him down a dark path of drugs. While his films did suffer from him being overworked and kicked around by executives, Hal would try to spruce himself up before his eventual cancer diagnosis that did him.

What Hal left behind was a legacy of deeply important films that may not have broken the box office or even been the most celebrated over time but films that deserve to be seen as still resonate today. I can recall in my teenage years many of my classmates discovering Harold & Maude for the first time and finding it an absolute delight of shock. Shampoo and Coming Home painted a vivid and vocal picture of 1970s politics. And the ambiguous ending of Being There with Peter Sellers walking on water has inspired many arguments about both the physicality and symbolism of such a scene. What a great film to celebrate a man who made some of the best movies and deserves to be held up as high among the likes of Martin Scorcese and Steven Spielberg.