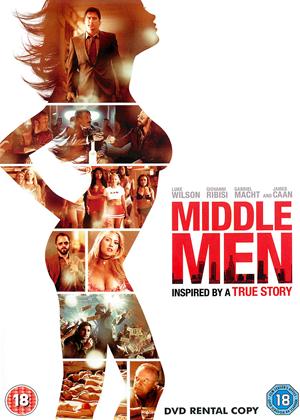 Luke Wilson’s Jack Harris starts off as a decent and on-point businessman but by the end, you see him disheveled, erratic, and eventually, high on the potent mix of drugs, alcohol, women, and fame/infamy. ‘Middle Men’ is the rockstar-ization of porn pioneers; something we live with to this day. We live in a world where Hugh Hefner is still the mack daddy and pimps and madams get book deals; former child actors and pop starlets are barely naked on magazine covers, and anyone who’s allergic to clothes can have a reality TV show. Doesn’t it make you want to button up and wear ginghams to feel innocent again?