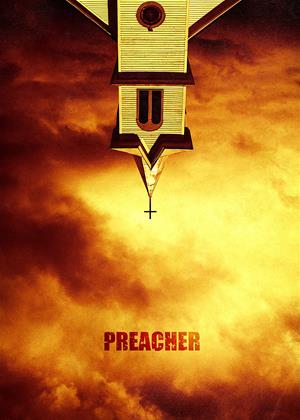 The off-beat graphic novel series of Preacher was once praised by Kevin Smith as an experience better than going to the movies. The comics followed a small town dealing with supernatural forces that bombard the community, from demonic beings to vampires. Some are good, some are bad, and some are aloof. The story was dark and violent, but also quirky and weird. It’s for this reason why series developers Seth Rogen and Evan Goldberg have such a firm grasp of the material that they can make it sing for all the dark and grim quirks that made the graphic novels such a fun read.

At the center of this story is Jesse Custer, the very definition of the whiskey priest trope. Suffering under a crisis of faith, he has retreated into vices of drinking and smoking to escape the very somber sensation that nobody in the town seems to favor his church. He needs a miracle to knock him out of his stupor and that’s exactly what he gets when he becomes endowed with supernatural powers. This breathes new life into his meaning for existence but also finds himself more perplexed about what it could mean for him. Maybe there is more to life than the mortal coil. Maybe God does exist. Maybe he could even meet him.

On this quest for faith, Custer runs across some misfits. The most eccentric of these allies is Proinsias Cassidy, an Irish vampire who loves to drift to among the land, slurping down vice along the way. Jesse’s ex-girlfriend Tulip O'Hare is more than ready for an adventure with her gun-toting attitude just eager to face off against someone looking for a fight. They’re not the most trustworthy of violent friends, but certainly useful when handling supernatural forces that want to shred Custer and his community into fleshy bits.

Preacher takes care to make the gritty adventure as shockingly thrilling as it is wickedly surreal. Just when one would think the show is becoming too lost in its dark contemplation on spirituality, there will be pullback into fittingly strange humor that makes the series feel all the more human. Be a witty quip from Tulip or a devilish grin from Cassidy, there’s always something to keep things in a relatable perspective. There’s even a boldness with the series to add in the more bombastic elements that I honestly didn’t expect to be adapted from the comic book. The noteworthy of these elements being the character of Arseface, so named due to a facial deformity that has transformed his face into a sphincter. Not only does the show feature this character in his accurately grotesque depiction but treats him as earnestly and tragically in the comics, only letting the humor spill out here and there where the character comes to accept the title of Arseface.

Preacher does have a tendency to meander in its seasons to pad out the episodes just enough for completing arcs. In this mildly sloppy nature, however, the series feels as though it can more natural flow between the dark and silly, providing a charismatic and colorful balance of a show that bounces between The Walking Dead terror and Buffy The Vampire Slayer playfulness. It’s a brilliant with of charismatic and campy horror very much in the vein of American Gods and acts as a mild chaser should you find yourself pining for the next season.