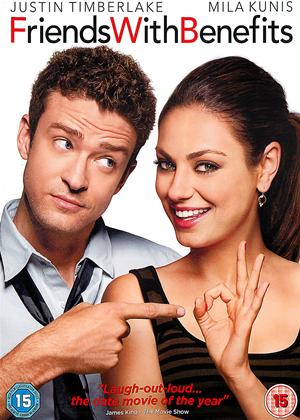 Reviews of Friends with Benefits

‘Friends With Benefits’ is the third romantic comedy with the casual-sex-between-friends trope right at the heels of ‘Love and Other Drugs’ and ‘No Strings Attached’. In ‘Friends With Benefits’ the hookup is between Justin Timberlake and Mila Kunis, fresh from their star turns in ‘The Social Network’ and ‘Black Swan’, respectively. Whereas the first two friends-with-benefits movies are too serious and shoddy with the storytelling, even the chemistry of its partners suspect, in ‘Friends With Benefits’, it mocks the rom-com world and even f—ck buddies system as well. Surprisingly, Timberlake and Kunis have undeniable chemistry, something you can’t bottle up and manufacture.

Director Will Gluck, returns to the rom-com universe now fortified with lots of sex and even nudity. In it, Mila Kunis is Jamie, a headhunter who has zoned in on Justin Timberlake’s Dylan, a web designer gunning for a job at GQ Magazine.

The additional loveliness of ‘Friends With Benefits’ also comes from its script, Jamie and Dylan’s rapid-fire banter is hilarious at its dry wit and sarcasm. The supporting cast which includes Patricia Clarkson as Jamie’s hippie-groupie-sex-starved mother, Woody Harrelson as a gay sports editor at GQ, and small roles for Jason Segel and Rashida Jones as the stars of a rom-com flick Jamie and Dylan watch and mock, are delights.