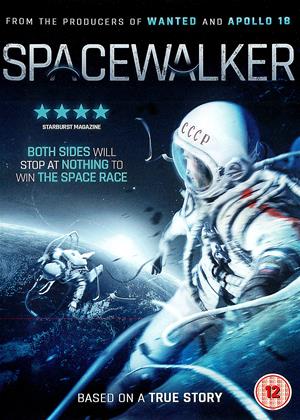 Synopsis:
March 1965. In the heat of the Cold War, the USA and the USSR are competing for space supremacy. What both superpowers aim for in this race, is to be the first to have a man walk in outer space. To accomplish that, no price is too high and no risk is too great. Now it's up to the unlikely duo of a seasoned war veteran and a hot-headed test-pilot to fulfill this mission. Two men in a tiny spaceship, without proper testing, facing the complete unknown...
Actors:
Aleksandr Ilin, Vladimir Ilin, Yuriy Itskov, Konstantin Khabenskiy, Vitaliya Kornienko, Anatoliy Kotenyov, Evgeniy Mironov, Sergey Nesterov, Yuriy Nifontov, Aleksandr Novin, Elena Panova, Gennadiy Smirnov, Aleksandra Ursulyak
Directors:
Dmitriy Kiselev
Producers:
Sergey Ageev, Timur Bekmambetov, Evgeniy Mironov
Writers:
Sergey Kaluzhanov, Yuriy Korotkov, Oleg Pogodin
Aka:
First Time / Vremya Pervyh
Studio:
Precision Pictures
Genres:
Action & Adventure, Drama, Sci-Fi & Fantasy
Countries:
Russia, Action & Adventure, Drama, Sci-Fi & Fantasy

Full disclosure - as as child of the 1960's and a lifelong fan of space missions, who is also keen on foreign language films, then I fully expected to enjoy this movie. Further, as Alexey Leonov undertook the duties of senior technical advisor then one expected that the story might be largely authentic if not entirely accurate.

The film is a cracking romp - a misty eyed celebration of the glory days of the Soviet Union, wringing every last drop of excitement from the fraught drama. This 'seat-of-the-pants' type of space exploration was only possible during the halcyon days of the Space Race and there ought to be more movies like this (and Apollo 13) which celebrate the reckless heroism of the men who thrilled the entire planet with their derring-do.

Incredible film when we realised it was based on truth.

The acting and production were pretty grim, reminded us of Thunderbirds or old soap opera Crossroads!

But besides that the whole storyline was so amazing, and to discover it had actually happened just staggered us

Like the first reviewer, I was big childhood fan of space travel and especially of the less-known stories of the cosmonauts. And from my readings about Alexei Leonov, the events of Voskhod 2 are well-portrayed...especially around his hazardous space-suit inflation and his touch-and-go return from the space walk.

While some moments of the film script were a little stilted (especially from the stern General Kamanin - no oscars for him), and made me think of Soviet-era films, there was more than enough hard-bitten reality and suspense to make this a really compelling fillm. Examples were - director Korolyev's hard-bitten cynicism always just below the surface, the continual struggles with faulty equipment, and the cosmonauts' frozen wait in the snows of the Urals. In fact, the last half-hour unexpectedly became a gruelling story of endurance.

As one who speaks a little Russian, I found the banter between the crew-mates particularly realistic and the quieter moments in the ship were well-acted, so that I could really identify with the cosmonauts. I admit that I watched it for a total of at least 5 hours on replay to catch snippets of the conversation.

We sometimes forget that the Russians have produced some fine film directors in earlier times (Tarkovskiy, Kozyntsev) - and while this film may not be a classic, it's a very well-told story that depicts history accurately and is among the best in 'real events' space movies, certainly as good as 'Apollo 13'.