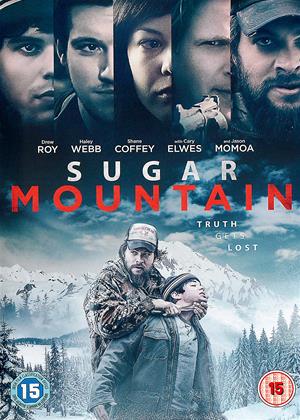 Things go wrong around the snowy port of Sugar Mountain. Three friends are down on their luck and instead of finding a way to work their way out of the muck, they conspire a get rich quick scheme too messy to work with such a distrusting and unstable bunch. And so we watch the disaster unfold with a series of twists and a muddy love triangle that ultimately comes off as passive and desperate with its attempts at weaving drama, to point where the actors cry out for better roles.

The West brothers of Miles (Drew Roy) and Liam (Shane Coffey) are finding themselves on hard times with their Alaskan business foreclosed upon, as well as their boat. They try to find some more cash but nothing comes up. They initially joke about how some concert pianist received loads of money for an accident involving his hands, one of them arguing that it was a scam by the pianist. But when you’re low on funds, crazy sounds competent. And so rather than explore other means of income, the two brothers conspire a ridiculous and doomed-to-fail scheme of faking a disappearance in the wilderness. They stage public fights between the two, compose fake journal entries, and commit to the story of one of them being lost, staging it rather well in terms of actually being lost in the wild. And that’s about as much credit as one can give them.

A lot of other wheels spin but don’t impress much with their rotation. One of the boys has a girlfriend, Lauren (Haley Webb), who will find herself drunkenly thrown into the arms of the other brother for little reason than intentionally stirring romantic tension, more by design than character. Cary Elwes plays the investigating cop who only intersects with these boys as he is of relation to Lauren, spending most of the movie going through procedural motions and bring the standard growl and snarl for young people. And Jason Momoa will serve as the bearded wild card who gets into bar fights and fulfills his role of shaking down wimpy boys for cash with his intimidating beard and ballcap.

Better direction could’ve really sold this story better, rather than relying on the Alaskan landscape and northern violins to supply all the appeal. I never truly bought into the desperation of their situation, where the two brothers find themselves joking about writing a diary as evidence. Even when things so south and the mood shifts when the lost wilderness story turns too real, there’s very little. You can tell the actors are trying to make this work as they struggled to break out and overly emote to add some zip to a script that finds itself lacking a tone and intrigue.

Sugar Mountain plays strictly by the numbers for a get-rich-quick scheme that gets messy fast. Romances will start with wild nights and end with vicious shouting matches. Bad guys will threaten with guns, only to be smacked by a shovel, which will, of course, not immobilize them for any longer than a few minutes. Things go wrong to the point that even one of the brothers becomes nihilistic to the struggle, we identify with him but in all the wrong ways. There’s no sweet center to the commonly cold nature of Sugar Mountain, aside from the silly fan theory about this being what Aquaman did in his time before Justice League.