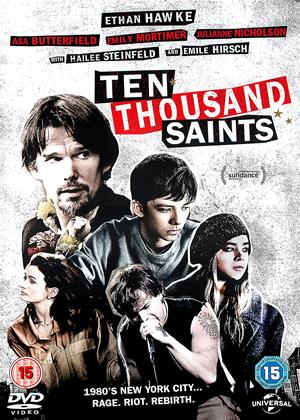 When you see Asa 'pixie face' Butterfield in a movie, you KNOW for sure who it's aimed at - teenage girls! He has that young-looking rehular-featured, button-nosed small-mouthed, large-eyed look, like a Japanese Manga comic boy character - and his dark looks means he also appeals in the Asian/Chinese market.

However, anyone who is a not a teenage girl should avoid films like this at all costs.

It's based on a romantic novel written by a woman author, and focuses entirely on creating a melodramatic world that ticks ALL the teen girl boxes - no spoilers here, but just watch any soap to see the same plotlines.

I just didn't believe in the film or the characters - no way would some posh, rich ballerina be a partner of a loser dope dealer, for a start! And yet again, Hollywood portrays all English people as posh and clueless snobs.

I give this 2 stars and not 1 because it is at least watchable though very overlong, with a silly gay subplot too which just does not convince, and a possible hint and brother/sister relations which is just plain pervily odd.

For me the best parts were all about the political clearing of homeless people and squats in late 1980s New York - this film is set in 1987, I think. Also fun to see a kid plating ASTEROIDS on the TV via the ATARI in 1980 at the start - in 1981 I used to go to the arcade to play that!

As so often in films, the pop music strand of the plot just did not work. However, I did like looking at all the snow, and the movie does show what can happen to kids chasing kicks by taking drugs.