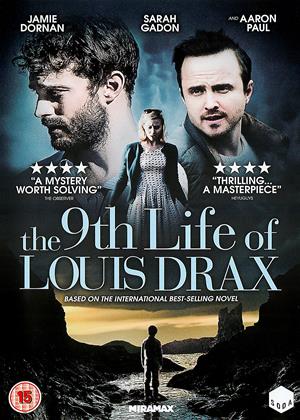 Rent other films like The 9th Life of Louis Drax

Reviews of The 9th Life of Louis Drax

The 9th Life of Louis Drax us a unique, poignant and touching film that keeps tight to its mystery long after the ending credits start to roll. Sure, the flick is uneven at places, even disjointed at some, but the sum of its parts trump whatever tonal inconsistencies The 9th Life of Louis Drax may have. On the other hand, the material that Alexandre Aja’s feature is based upon (a novel by Liz Jensen) is so weird in its own wake that it almost becomes impossible to adapt without selling one’s soul to the obscure.

In a way, The 9th Life of Louis Drax is strange, funny, unpredictable, and much, much more.

Meet Louis Drax (Aiden Longworth) – a nine year old boy whose tendency to become involved in accidents is greater than normal. Since Drax was born all up to now, he suffered eight serious accidents which fortunately none claimed after his life. But, not managing to avoid the inevitable, Drax had suffered yet again and had found himself in a coma after falling off a cliff under mysterious and not-fully-understood circumstances. Was it just an ordinary accident of negligence? Or something much more? Did someone pushed Drax off the cliffs, or maybe supernatural forces carelessly threaded with his life?

Drax’s parents Natalie and Peter (played by Sarah Gadon and Aaron Paul respectively) seem suspects as well. Their demeanors and habits rapidly change due to Drax’s accident and the father is nowhere to be found. The mother on the other hand, indulges in an affair with Drax’s assigned Dr. Allan Pascal (played by Jamie Dornan) and from here thereon, things start to get, well, weird.

Remember how the movie was uneven at times? From the get-go, it starts as if it was a black comedy flick; then, it continues to change pace and becomes a tragedy of melancholic proportions; afterwards, the film ventures toward horror and thriller territory with some romantic shades of grey scattered in-between. At this point, it’s probably safe to state that The 9th Life of Louis Drax changes genres as chameleons change color – suddenly and unpredictably.

As the characters slowly progress through the trials and tribulations thrown upon them by screenwriters and the original author, the flaws they were plagued all throughout burst their inner surface and slowly start to crawl under the audience’s skin. This amounts to couple of twists – none of which as shocking as the filmmakers initially made them to be.

The 9th Life of Louis Drax’s finale abounds in a dream-like glow, while the visuals are nothing short of amazing all throughout. It sort of gives off that ethereal vibe similar to the likes of The Fall and The Fountain, both in its depiction of retrospections and current events.