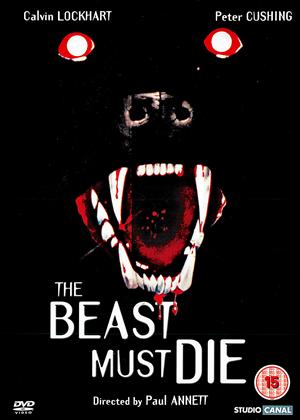 Reviews (1) of The Beast Must Die

There are some movie genres of which it's said that if you've seen one, you've seen 'em all. In the case of British blaxploitation werewolf whodunits, that's literally true. Which is a rare achievement. Offhand, I can think of two dinosaur westerns.

Of course, like so many other films labeled "classics" by this site, it's so much not a classic that they might as well have said it was a pepperoni pizza. But you know what? It definitely falls into the "so bad it's good" category in the best possible way! By which I mean that it's atrocious in just about every department, apart from having a decent B-movie budget and a cast some of whom are actually good at their jobs, and yet there's never a dull moment, and when it fails, it does so in ways that are bizarrely entertaining.

Fun fact: Calvin Lockhart was the first black actor to get top billing in a British horror movie. And for a very long time he remained the only one. Frankly, looking at his performance here, I can understand why they were disinclined to repeat the experiment. He's absolutely appalling! His choice of costumes doesn't help, since it gets progressively weirder until he ends up in what looks like full-on bondage. By the time things get that silly, he's blazing away at the poor old werewolf with a fully automatic weapon loaded with silver bullets from a helicopter, and if your sympathies aren't with the hapless lycanthrope who didn't want to be there in the first place, you haven't got a heart!

And what a cast! You've got Charles Gray, the original Blofeld, Anton Diffring, who played evil Nazis in just about everything (including Doctor Who), a pre-fame Michael "Dumbledore" Gambon before he was even the Singing Detective, and... well, I hate to say this, but the usually wonderful Peter Cushing gives one of his rare lousy performances as some nut with a ludicrous accent who is absent from so many scenes that I guess they could only afford to hire him for one day. Though when he does get to talk, the rubbish he talks is almost Ed Wood-level priceless! In its own daft way, this movie is tremendous unintentional fun. Watch out for the scene that was blatantly ripped off by "Alien". And don't forget to shout out the name of your chosen suspect during the 30-second "werewolf break". I wonder how many people did that utterly pointless thing during its cinematic run? Not many, I suspect. But now, in the privacy of your own home, you can finally do it without embarrassing yourself. Go on. You know you want to.