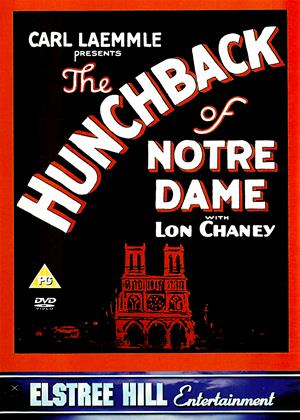 Rent other films like The Hunchback of Notre Dame

Reviews (1) of The Hunchback of Notre Dame

Silent Classic. - The Hunchback of Notre Dame review by Steve

This lavish adaptation of Victor Hugo's historical melodrama was Universal studio's most lucrative hit of the 1920s. It is set in 1482 and focuses on the romance of a gypsy, Esmerelda, with a nobleman in a socially polarised Paris; of the arrogant, brutal aristocracy and the persecuted poor.

Patsy Ruth Miller is histrionic and lacks appeal as the untamed dancing girl. What everyone remembers the film for is the grotesquery of Lon Chaney's portrayal of the title character, Quasimodo, the ringer of the bells. It's Chaney who makes this a horror film at all, not just for his legendary make-up effects, the deformity and gymnastics, but for the strange, primal enigma of his character.

Worsley's film is pretty early cinema and it doesn't have the visual expressionism of some of the later silent horrors, but what it does abundantly present is spectacle with the magnificent sets, particularly of the medieval cathedral, with its huge cast of extras in period costume.

This is the film where the great Lon Chaney became a big a star around the world and his Quasimodo remains definitive. The spectacle of the film, whether Chaney's demonic aura or the convincing recreation of fifteenth century Paris makes the first Hunchback of Notre-Dame the earliest Hollywood horror classic.