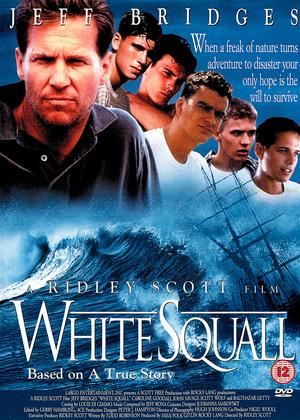 Synopsis:
From different backgrounds they came, thirteen young men setting out to sea on an adventure that would change their lives forever. Pushing them beyond adolescence was Skipper Christopher Sheldon, tough as he was wise, as much an adventurer as he was a teacher. On a sea full of sudden changes and excitement, in exotic lands full of new experiences they learn about love, loyalty, life and death. When disaster struck they had to over come their fears and battle to save the live of those they had grown to love. And in the aftermath of the devastation, when blame was looking for a place to rest, those that had survived were forced to face their ultimate challenge.
Actors:
Jeff Bridges, Caroline Goodall, John Savage, Jeremy Sisto, Ryan Phillippe, David Lascher, Eric Michael Cole, Jason Marsden, David Selby, Julio Oscar Mechoso, Zeljko Ivanek, Balthazar Getty, Ethan Embry, Jordan Clarke, Lizbeth MacKay, Jill Larson, James Medina, James Rebhorn, Nicole Ann Samuel, Becky Ann Baker
Directors:
Ridley Scott
Voiced By:
John F. Kennedy
Narrated By:
Scott Wolf
Writers:
Charles Gieg Jr., Felix Sutton
Studio:
Sony
Genres:
Action & Adventure

Sign up
Laurel and Hardy: A Chump at Oxford

I liked it, although it's not my usual cup of tea - White Squall review by RP

The film tells the (apparently fact-based, as it's based on a book by Charles Gieg, the central young man and narrator) story of the crew of 15-16 year old final year US high school boys on a school sail training ship 'The Albatross' as they learn to sail, learn their studies and learn assorted lessons of life. The climax is a severe storm in which crew members die, and the subsequent tribunal of inquiry into the responsibility of the captain. The film ends in an emotional scene reminiscent of 'Dead Poets Society'.

I liked it, although it's not my usual cup of tea. It shows the growth of the young crew from a random collection of individuals into a disciplined crew capable of working together and the trust and loyalty which develops – which was of course the point of the school ship. Perhaps this loyalty is then misused at the enquiry?

The film is competently directed, the photography is superb, but Ridley Scott's trademark direction of films with dark, complex, threatening backgrounds such as 'Alien' and 'Blade Runner' and the later 'Gladiator', 'Black Hawk Down' etc is not present in this much lighter but emotional film. 3/5 stars - Recommended.