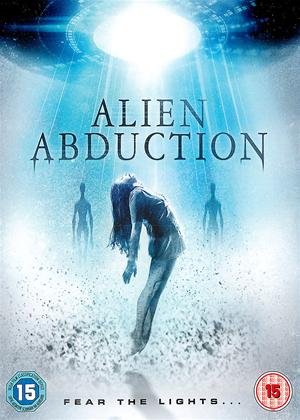 THOUGHT THIS FILM WAS GOING TO BE RUBBISH, NO GREAT FILM AND TRUE TO CERTAIN FACTS VERY JUMPY ONE OF THE BEST ALIEN FILMS I WATCHED.

This film was very disappointing too jumpy to work out what was happening only slightly more interesting than Beyond I hate these abduction films where they don't show what is going on you have to guess all the time not happy!!!

If you’ve read any of my reviews before you know how fond I am of horror and that I have a penchant for fantasy, but you will also know that despite all of this, and a semi-obsessive love of BBC’s Doctor Who, I’m not a fan of aliens. As ever I attempted to remain impartial when sitting down to Alien Abduction but in the end my dislike of alien-movies was once again vindicated.

Supposedly based on the true story of the “Lights of Brown Mountain” phenomenon, where 27 people were abducted, Alien Abduction follows the Morris family as they take a family camping trip up the North Carolina Mountain. The children, one of whom – the youngest Riley – is autistic, claim to see strange lights in the sky the first night of the trip, only to find themselves confronted by strange and dangerous creatures whilst lost in the woods the next day.

The film uses the now abhorrent found-footage cinematography, the premise this time that Riley is using the camera to help with his disability; so expect plenty of running and shake, though in this instance the shake is at least minimal, reducing that awful sea-sickness and headache one gets from watching most found-footage features.

The acting is adequate, but there’s nothing about Alien Abduction that’s particularly innovate or even interesting, what struck me most what the opposite in fact, the heavy reliance on the most obvious and clichéd generic tropes; even the script insists on using out-dated and stereotypical prose and scenarios (Dad refuses to ask for directions, Mum can’t put up the tent) to pad out what already sounds like a bad campfire story.

The writers have done their best to give the Morris family some character, giving the family quirky traits and personal interests but neither is it enough to make you care about the ultimate outcome of their adventure nor is the story good enough to pad out the gaps left in the story. Bascially, I did not care,I was not scared, I was not shocked and I was not entertained.