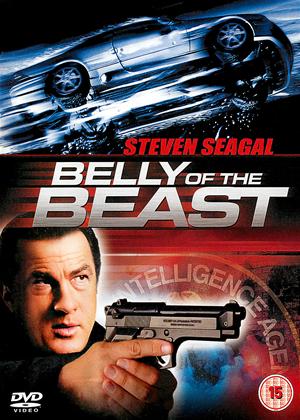 Reviews (1) of Belly of the Beast

When I first rented this film I wasn't expecting much, I usually rent Steven Seagal films just to laugh at Steven Seagal himself This was no exception, but I HAD to buy this film afterwoods.

There obviously hasn't been any attempt at coming up with an interesting story, its just an excuse to have massive gun fights and punch ups, which in my opinion is what Steven Seagal is best at anyway.

To me Steven Seagal is taking the micky out of himself in this film. It has all the stereotypical elements of his past films such as ridiculous odds of survival and exaggerated action scenes (what I find the most funny is when Steven Seagal dives through the wall of a train in slow motion on to a conveniently placed wooden pallet, constantly shooting for about 5 minutes without a single reload).

I think the fight scenes are great, but its not just Aikido he's using here which means more variety.