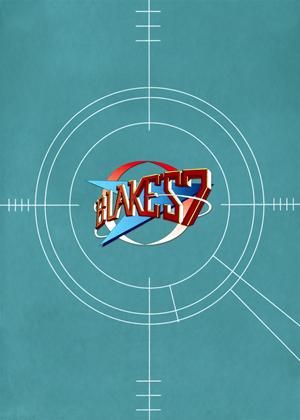 Blake's 7 is something of a peculiarity

It's a series about terrorists....... no wait, they're freedom fighters who oppose the galactic federation

Another federation, but not the peaceful and benevolent one featured in Star Trek

Convicted of a crime he didn't commit, Blake is being transported when he and a few fellow transportees attempt to take over the ship but fail...... but then something happens, a huge and powerful spaceship appears and Blake, Jenna and Avon are sent to investigate and so, Blake's 7 come into being

Good solid stories and character driven plots are written initially by the late, great Terry Nation who created the daleks and is responsible for some of the greatest drama in the 60s, 70s and 80s

Ignore the special effects, some of them aren't particularly special, but look at the characters, the hardware, the computers and the ship itself, named The Liberator

Running from 1978 to 1982, the series drew in huge audiences even despite series ii being ran up against Charlies Angels and Coronation St

This is a series which is fondly remembered and still holds a huge following to this day, more than 40 years since it started

This is very highly recommended