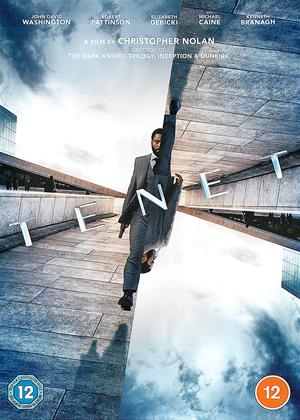 Christopher NOLAN has run out of ideas. He now has to resuscitate concepts that are twenty years' old in order to keep his career going, rather than retire from being a creative himself and then to produce the works of the next generation of film directors.

The rampant egomania and intellectual arrogance here is emotionally depressing and distinctly un-entertaining as we witness an above-average talent reduced to hack work.

The characterisation is poor, the ideas ridiculous and the cast not always well-chosen. But the biggest problem is a script which gives little for the actors to do to enable them to breathe life into their characters. This lack of any possibility for audience identification leaves us with a psychologically-barren spectacle which occurs for no really-valid reason.

A waste of time.

17 out of 22 members found this review helpful.

A waste of time - Tenet review by SH

Over hyped rubbish. For a start the background noise is too overbearing so it's difficult to hear the actual talking making a very confused film even harder to follow. The best way I can describe this movie is like watching a war movie where you start half way through and your not told who's fighting or why.

Acting is pretty weak, no stand out characters, no powerful displays of acting talent, just people on a screen that look like they don't really know what's happening either, just reading their lines and standing on their marks.

15 out of 15 members found this review helpful.

Like some of his other films, it is a work that only becomes whole in retrospect... - Tenet review by Schrödinger's Cake

I have to confess that a handful of Christopher Nolan’s films feature prominently on my list of favourites, so it was with high expectations that I booked my cinema seat for his latest film, Tenet.

This is a film that opens immediately into the thick of the action: no explanation, no backstory. And so it continues for the next few hours of my life.

Like some of his other films, it is a work that only becomes whole in retrospect: where the story only makes sense once you have reached the end of the film, and all the twists and turns have been laid bare. I also think that like many films I have enjoyed, it’ll benefit from multiple watchings: with each revealing subtle details that alter the way you see the characters.

I would say that I found it less immediately-accessible than some of his other films, but at the same time I didn’t feel that detracted from my enjoyment of the film. In fact, I am booked to see it for a second time at the cinema already.

4 out of 12 members found this review helpful.

'Tenet' is a rare film that feels both too complex and too dumb at the same time. The concept is great, with the protagonists flipping forward and backwards fighting through time - though you'll need to pay close attention to keep the mindbending plot straight in your head. Unfortunately it's coupled with a storyline that plays out like a particularly dumb James Bond film, only minus the knowing humour that makes such movies fun. It looks great, and the concept alone means this is worth a watch - but by trying to be both a cerebral high concept movie and a dumb action flick, this ends up falling between two stools, and doesn't quite succeed as either.

Great spectacle if you like special effects etc. As a story, impossible to understand and hardly enjoyable as far too much concentration needed just to try and comprehend what was going on.

Must admit I got fed up and turned it off after about 90 minutes.

Too clever for its own good - Tenet review by PF

Complicated, dialogue not easy to follow, it makes some sense at the end. Not engaging. A bit like hard work, not enjoyable

Thought I would give this a try after hearing mixed reviews......really the title should be changed to TOSH !!

I really did try to find some positives......

K**f the Waht - Tenet review by AM

Simple. Utter self indulgent tosh. Nolan regurgitates his ideas and this is a marvellous conception of life that has no beginning if you join it at the end.

You see. Easy to talk in parallel speak. I could go on for two and a half hours, but then you would mean we would be back at the beginning.

Well, the plot is great,  once you understand it, hence the title, you need to watch it about ten times to get it. It felt like the director tried to squeeze the movie into  two and a half  hours.  Lots of dialogue in a short space of time for a movie that maybe would of suited two parts, difficult to paste the picture in a workable order, left me with a brain ache instead of an enjoyable watch or maybe a brain-ache is the whole idea -wear your leathers for this one if that’s your film fetish

WHEN A MOVIE BECOMES SO ENTAGLED IN IT'S OWN STORY IT PUTS YOU OFF BIG TIME. AFTER 45 MINUTES I JUST HAD ENOUGH AND SWITCHED OFF. SOME STORIES SHOULD BE LEFT IN THE BOOK, FULL STOP.

not for me - Tenet review by dave

I was eagerly awaiting this but what a let down. Ridiculous plot with inaudible dialogue. On the plus side the action scenes are good.

Christopher Nolan always seems to have big ideas for his films that sometimes overshadow everything else, to the point where characters become mere ciphers and themes are diminished. Tenet is sadly that film where the set-pieces and scene design take precedence over everything. The result is a picture that seems elaborate on its basis but ultimately becomes rather predictable and lacking the extra writing to carry that mind-bending effects.

The idea is at least a unique one. John David Washington plays a CIA agent who makes a discovery of something strange. He’s starting to see things in reverse. After some hints, he’s sent on his way for a rundown of mysterious items that travel backward through time. A gun of future tech fires bullets in reverse, not shooting them but catching them after they’ve already hit their target. This strange occurrence is explained as the temporal effect of inverted radiation but also given a bizarre construction of how something going in reserve can be directed by our actions. Free will is called into question as to whether we can decide the future when something is already traveling backward with reverse actions.

Thankfully, the film doesn’t spend too much time focussing on this aspect that is sure to melt some minds with paradoxes. In its place, however, is a lot of secret mission banter far too intricate to bombard an audience with after they’re already expected to contemplate reverse actions (especially when Washington is told he can affect the future by “feeling it”). Washington meets with Robert Pattinson who will tag along in a snazzy suit while they trace back where the inverted materials came from. This leads an art vault heist where a plane is crashed into a hangar and causes an explosion.

Their mission eventually leads them to the mysterious and wealthy Russian oligarch of Andrei (Kenneth Branagh). Andrei can apparently communicate with the future to figure out where he needs to go to get the inverted material he requires for...well, his villain intentions are pretty bland. Without revealing too much, it involves him being extra bitter at his divorced wife (Elizabeth Debicki) who he had a child with. His actions are greatly elaborate but his ultimate intention is a snooze of a typical villain who just wants to see the world burn, monologuing in boring babble about being God as the climax looms.

There’s plenty of atmosphere to Tenet that it can be easy to be swept up in its splendor. The mechanics of bending time are exciting, though they become woefully predictable by the time the palindromic twist is revealed midway through. The music by Ludwig Göransson is brilliantly intense and adds to the thrill and serious tone. The action pieces are complex enough with the visual effects of shifting time and the high-speed car chases. It’s all presented with so much flair I almost wanted to get swept up in its pacing to not be as underwhelmed by the lack of character. Washington’s character is such a blank slate that he’s never given a name, referred to constantly as the protagonist. We do get some arcs from Branagh and Debicki but only just enough to get the action moving. And I’d be lying if I said there wasn’t some cleverness to the convergence of past and future within the action-packed finale with guns blazing and buildings crumbling, both forward and in reverse.

But the major problem with Tenet is that it’s relying on much of the bewilderment to carry it through, as though you’ll be too overwhelmed with keeping track of characters and time-bending you’ll just give up understanding anything and enjoy the noise. Even the dialogue becomes noise as a lackluster mix leaves much of the talk indecipherable, especially when characters spend a lot of time behind gas and oxygen masks. There’s some thrills to Tenet and some genuine action most immaculate but anything more than that doesn’t seem present, where Nolan penchant for intelligent scenes is present when everything else seems so strangely underwhelming.