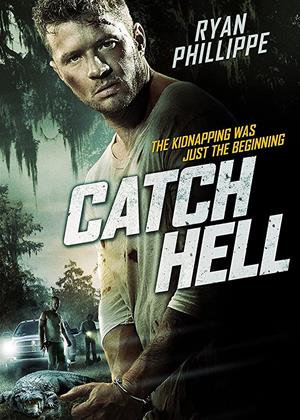 Sign up
I Know What You Did Last Summer

Not released
Pure Country 2: The Gift

Catch Hell is the directorial debut of actor Ryan Phillippe who seems to be more or less playing himself in his own movie. They say the best writers write what they know and thus Phillippe takes a stab at making a commentary on celebrity culture. He plays an actor by the name of Reagan Pearce who seems to have been a once great actor now struggling with his career and himself. Pearce is still being fawned over by many female fans and the paparazzi, but all that acclaim and praise could be wiped out in a second by something as simple as a racist tweet or a leak of sensitive data. That right there provides enough of an angle to be a very interesting perspective on society. It’s just too bad we don’t get any of that in what essentially boils down to a terrible script ripping the cliches straight out of Deliverance.

Pearce takes on a new acting gig when his ride to the set turns out to be a country bumpkin duo that kidnap him. These two are some of the most cliched and stereotypical country folk I’ve seen in at least a decade, branded with the trademark woodland beard and neo-nazi bald cut. They turn on the radio to an R&B station and remark under their breath “n*gger music.” The guns come out as the van escorts Pearce deep into the woods when he realizes its too late to jump out of the vehicle. They arrive at the secluded, ramshackle cabin custom built with an indoor outhouse. What do these boys want with Pearce? Before we get to that bit of exposition, we’ve got to get in the money shots of Pearce’s face being slugged, his cheek sliced, his hands being cuffed and his fingers being mangled by the angry men.

The bearded hillbilly has kidnapped Pearce due to losing his wife to a one-night fling with the celebrity. Despising the actor, he confiscates the heartthrob’s computer and cellphone to cause a storm online. He takes to Twitter with his account to post racist rants against Hollywood. He uploads various nude photos from his phone to cause a panic of leaked information and compromised privacy. The ultimate goal of the two kidnappers is to ruin Pearce’s public image which they succeed in doing with the simple reliance on social media. After they’re satisfied with his online destruction, they will then kill him.

Of course, these boys have to be so simple and stupid they didn’t plan for all angles. It doesn’t take too long for security cameras at the hotel to pick up their car and issue a warrant for the vehicle. The boys force Pearce to record himself making racist comments on his voicemail, but they’re too dumb to realize he ends up quoting one of his movies that tips off the news. Everything about their plan falls apart, yet they avoid being caught by the cops because they move just fast enough in their poorly assembled plans. The lack of authorities is also crucial to making the film more about Ryan Phillippe fighting for his survival from these lunatics of middle America.

The characters of this semi-torture thriller are written as cartoonish stereotypes that not only have terrible personalities, but no true resolution to their arcs. The script presents the possibility of these characters learning something new about themselves, but throws any development out the window in favor of being more shocking. The bearded redneck has a brief visit with his ex-wife to talk about the possibility of seeing his kids, but that potential is squandered by the time we get to the obligatory hunting of the captive. The bald, wifebeater-wearing body builder who watches Pearce during the day seems to have a softer side in how he treats his prisoner, but all that humanity is flushed down the toilet when he proceeds to drug and rape the man. Whatever change Pearce feels at the end of this whole ordeal is so subtle that it almost appears as though he learned nothing at all.

Catch Hell seems to have caught a nasty case of the egotistical filmmaker. Ryan Phillippe attempts to throw himself into this exploitation picture as a plucky victim, but plays it too safe by never getting truly gruesome in his torture. He has a decent setup for the disconnect of Hollywood with the common man, but drowns that message in too many old cliches. Phillippe just does not have the chops for this type of film. For his future projects, he should just direct himself as an a-typical action hero who never misses a shot and always gets the girl. It wouldn’t make for a great movie, but certainly a better one than Catch Hell in which Phillippe is more out of his element than he realizes.