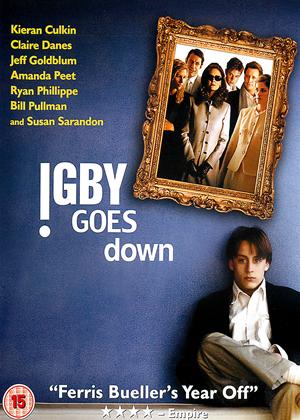 Reviews (1) of Igby Goes Down

From the very start this film sets you up for the black comedy theme - Susan Sarandon ill in bed.

It's about her 2 sons who are quite different, they are from a wealthy family but their dad loses his mind and gets committed.

The boys then meander through the film, one dropping out of school (Igby) and then he has an adventure on his own around New York hanging out in Jeff Goldblum's flat whilst he's not there and hooking up with a couple of girls.

I won't say more because that would ruin it, but if you liked Cruel Intentions then you'll probably like this as also has Ryan Philippe.

Original script and overall I quite liked it.