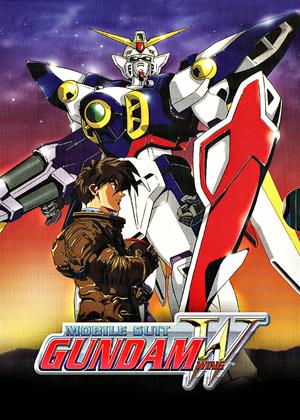 Not released
Kong: King of Atlantis

Like many people who grew up during the Toonami era, my first exposure to Gundam was Gundam Wing. I was drawn to the series for its very placement. Where else during afternoon television can you watch an animated mecha show that brings up topics of war, politics, spirituality, and existentialism? However, the more I got into Gundam, the lesser this series became.

Gundam Wing is what could be called a spiritual spin-off of the Gundam brand. It features a similar story, where mankind is at war between those who live on Earth and those who live in outer space colonies. It also features giant robots that resemble the Gundam iconography. It even features similar characters of conflicted and emotional motivations for political allegiances. But comparing this show to the original Gundam is a big mistake.

It’s hard to be engaged with the five central characters of teenagers sent to Earth by the colonies for a “secret” mission involving Gundams. One of the pilots is Heero Yuy, posed as the prettiest of pretty boys. He’s also the most suicidal and terrible at his job as a spy. Within the first episode, he attempts to commit suicide twice, steals an ambulance, and threatens to kill the curious student of Relena. Other characters include the creepily eccentric Duo Maxwell, the quiet Trowa, the pacifist Quatre, and the traditionalist Wu Fei. If you’ve noticed a pattern in their names, they are all named after numbers in different languages. And, no, these are not codenames, considering the supporting characters are named Zechs, Treize, Une, and Noin.

The show does become more interesting when the passage of power occurs and the Gundam pilots find themselves tossed around as pawns in a political struggle. They’re deceived into targeting the Earth Federation, bringing about an assassination that ushers in the new order of Oz. Oz soon becomes overtaken by the aristocrats of the Romefeller Foundation. The foundation soon becomes a target of the separatist group of White Fang. There are so many different factions that come about it can be hard to keep track of them all and their ideologies, especially when you include fringe groups such as the Treize army, trying to carry on his legacy after Treize is imprisoned by Romefeller.

The show borders on becoming aggravatingly pretentious. The central characters spend so much time monologuing in meandering platitudes about the course of humanity and the nature of war but rarely showcase any of the turmoil. One aspect I really dug into about the original Gundam series is that the horrors of war were showcased on both sides, where we see how civilians become deeply impacted and even obliterated by how war ruins everything. Everybody within the colonies and Earth all just feel like tools, where everyone from Heero to Treize view the people they associate with more as actors of powers than people.

The anime also follows a pretty tiring pattern. Consider how none of the central characters die but have fake deaths throughout. After failing a mission early on in the series, Heero vows to execute himself by self-destructing his Gundam while inside. The injured Heero is tossed from the wreckage and lies on the ground with his eyes blank and a pool of blood forming on the ground. He’s dead, right? Nope, only mild injuries and he’s fine by the next episode. Trowa also dies but comes back with amnesia. Lady Une also dies and comes back. What a soap opera this show turns out to be!

The action is okay but not exactly the best considering the limited anime TV budgets of the 1990s. There are certainly some details to the robot designs but they move with such stiffness and simplistic color schemes. The explosions are also your standard spherical balls of fire that rarely look impressive. The character designs also give away just who is going to die in this show. The handsome and cute Heero isn’t going to bite the dust, no matter how many times he tries to kill himself. Romefeller, however, is a stuffy aristocrat with a mustache and wrinkles; he’s dead meat! The only toss-up in the series is Dorothy, Romefeller’s daughter who looks pretty but also features the most comically elongated eyebrows you’ll ever see on a woman in an anime series.

Gundam Wing isn’t completely bereft of anything interesting. I did enjoy when the show brought up the topic of unmanned mobile suits, a subject that has only grown more relevant with the rise of drone technology. The show does actually bring up aspects worth exploring but rarely does so in anything other than the form of long and drawn-out dialogues as the camera pans across static shots. This is especially grating when considering there are TWO back-to-back clip show episodes with even more prattling about a philosophy that never feels as insightful as it should be. It makes the show all the harder to appreciate for its sublime soundtrack and mecha action when its political interest are hampered in such stiff design. As a result, Gundam Wing turns out to be little more than the lesser Gundam spin-off with a pretty boy glaze.