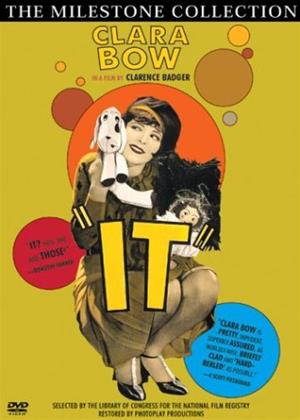 Synopsis:
Spunky shop-girl Betty Lou Spence (Clara Bow) has a crush on her handsome employer, Cyrus Waltham, Jr. (Antonio Moreno), the new manager of and heir to the "world's largest store". However, they belong to different social classes, and he is already romantically linked to blond socialite Adela Van Norman (Jacqueline Gadsden). Cyrus's silly friend Monty (William Austin) notices Betty, though, and she uses him to get closer to Cyrus. When she finally gets Cyrus's attention, she convinces him to take her on a date at Coney Island, where he is introduced to the proletarian pleasures of roller coasters and hot dogs, and has a wonderful time. At the end of the evening, he tries to kiss her.
Betty Lou slaps his face, and hurries out of his car and into her flat, but then peeks out her window at him as he is leaving. Betty bravely proclaims herself as an unmarried mother to protect her sickly roommate Molly (Priscilla Bonner) from having her baby taken away by a couple of meddling welfare workers. Monty arrives at just the wrong moment, forcing Betty to continue the charade with him. He tells Cyrus. Although he is in love with her, Cyrus offers her an "arrangement" that includes everything but marriage. Betty Lou, shocked and humiliated, refuses, quits her job, and resolves to forget Cyrus. When she learns from Monty about Cyrus's misunderstanding, she fumes, and vows to teach her former beau a lesson. When Cyrus hosts a yachting excursion, Betty Lou makes Monty take her along, masquerading as "Miss Van Cortland". Cyrus at first wants to remove her from the ship, but he cannot long resist Betty Lou's it factor; he eventually corners her and proposes marriage, but she gets him back, by telling him that she'd "...rather marry his office boy," which accomplishes her goal, but breaks her heart. He then learns the truth about the baby, and leaves Monty at the helm of the yacht to go find her. Monty crashes the yacht into a fishing boat, tossing both Betty Lou and Adela into the water. Betty Lou saves Adela, punching her in the face when she panics and threatens to drown them both. At the end of the film, she and Cyrus reconcile on the anchor of the yacht, with the first two letters of the ship's name, Itola, between them. Monty and Adela are upset at losing their friends, but it is implied they pursue a relationship with each other as the film ends.
Actors:
Clara Bow, Antonio Moreno, William Austin, Priscilla Bonner, Jacqueline Gadsdon, Julia Swayne Gordon, Elinor Glyn, Elmo Billings, Gary Cooper, Lloyd Corrigan, Cheryl Holt, Eleanor Lawson, Rose Tapley, Dorothy Tree
Writers:
Elinor Glyn, Hope Loring
Genres:
Classics, Comedy, Romance