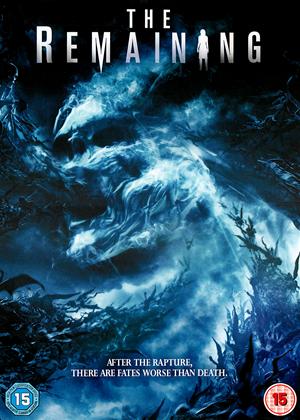 Reviews of The Remaining

Yet again we have another film that revolves around the rapture and those that are essentially left behind. What sets this one apart from the others, for me, is how Biblically accurate it is. Horror films are not my favourite genre, but it seems to be the most appropriate way to tell this story. As a Christian, who has wholly put my faith in Jesus, it still sends chills down my spine to read the Book of Revelation. I give this film four out of five stars.

The Remaining tells the story of what will occur, to those that have not put their faith in Christ, when the rapture happens. We follow a group of friends - each with their varied backstories - who must try and survive the horrific events. Will they discover the error of their ways and change for the better, or have they already made their final decision?

It always amazes me that people fear the rapture, and yet fail to see that there is a very real way to avoid such a horrific end. This film shows the events that will occur when Christ’s true followers have been called home, and those who have chosen to live their lives separate from God, will see just how wrong their decision was. The story moved at a good pace, jumping almost immediately into the action. Of course, it included ‘preachy’ moments, but 99% of films have an underlying moral to tell, and there are always going to be the more obviously preachy moments.

I think Johnny Pacar (who played Tommy) was the only cast member I recognised. Everyone did a good job, but I don’t see them as major award winning calibre.

Found-footage style films, in my opinion, were never really cool, so that part of the film wasn’t a favourite of mine. It wasn’t throughout the whole film, and it was used to further the story and to help the audience feel apart of the events and connect with the characters.

The visual effects were pretty good. It is different to what we see in other films, and looked mostly believable. Apparently the budget was on the low end of the scale, which makes their creation all the more impressive.

The changes from visual-effect sets to constructed sets were almost imperceptible. It had a very believable grand-scheme feel.

The Remaining has received primarily negative film reviews. It is hard to believe that this isn’t because of its Christian viewpoint, and that is very upsetting. Despite this main point, the majority of reviews find the effects to be good, but also don’t like the found-footage style.

I would recommend this film to anyone. The theme and visuals might be a bit too intense for some audience goers - namely children - but it is an important story for them to know - especially its Biblical origins. Four out of five stars well earned.