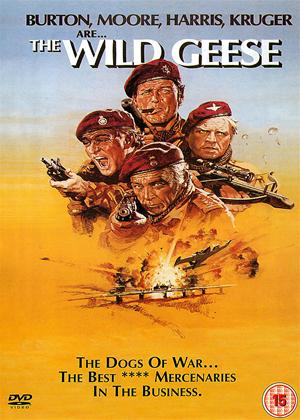 Reviews (1) of The Wild Geese

Allen Faulkner (Richard Burton), a former British Army colonel turned mercenary, arrives in London to meet a banker, Sir Edward Matheson. The latter proposes an operation to rescue Julius Limbani, the imprisoned President of a southern African nation who is due for execution by the country's current ruler. The film shows the preparation of the expedition and its unfolding, as well as its outcome and aftermath.

Thanks to the very good acting (there are several big names of 1970s British cinema, alongside R Burton) and the effective construction of the plot and its key characters, this is a very good and entertaining movie, which actually comes across as plausible in terms of its storyline. Ultimately, this is a man's world, where action and fighting predominate right through: this is a war film, in effect, adapted to the context of Africa in the post-colonial era.

The film is not a masterpiece, but it is very good. And the characters are not shallow or caricatural. I recommend it.