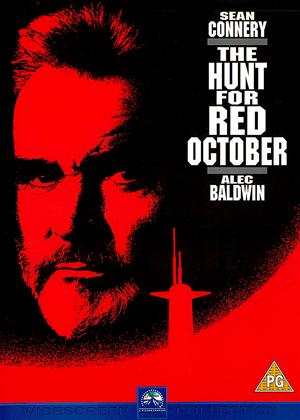 Rent other films like The Hunt for Red October

Reviews (1) of The Hunt for Red October

Based on a Tom Clancy novel, this is one of series of stories whose central character is Jack Ryan. There have been a dozen or so books and four films have been made. The films are 'The Hunt For Red October' (1990) in which Jack Ryan is played by Alec Baldwin, 'Patriot Games' (1992) and 'Clear And Present Danger' (1994) in which Harrison Ford played the role, and 'The Sum Of All Fears' (2002) in which Ben Affleck took over the reins.

'The Hunt For Red October' also stars Sean Connery and several other big name actors and is a moderately gripping tale of the attempted defection of a Soviet submarine commander and his officers as his boat is chased by the Russian navy. I say moderately gripping because in my opinion the film has dated badly – the Cold War is long past, the USSR is no more, and military relationships between East and West – although never cosy – are far more relaxed. Indeed, even when the film was made, Mikhail Gorbachev had already introduced his policy of glasnost (openness) which started to normalise relationships between the superpowers.

That apart it's a well told tale – if it has a further flaw it is that Sean Connery is a powerful character actor (even if he does always play Sean Connery) and completely upstages Alec Baldwin and the other players.

I'm aware that 'The Hunt For Red October' is regarded by many as the best of the Jack Ryan films, but personally I prefer the two Harrison Ford variants. Each to his own – I'll give it 3/5 stars.