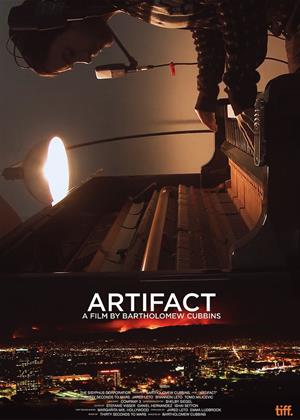 Synopsis:
The film follows American band Thirty Seconds to Mars as they first learn of and then begin to fight a $30 million lawsuit brought by record label EMI. At the time, they had been writing songs in preparation for the follow-up to their hit 2005 release A Beautiful Lie. For the bulk of the film, the band, consisting of Jared Leto, his brother Shannon Leto, and Tomo Milicevic, is shown working with producers Flood and Steve Lillywhite to create what would eventually become This Is War. Between recording sessions, they meet with lawyers to negotiate for the bands survival.
Beyond the bands specific legal issues and insight into the making of the new album, the film also examines the state of the modern music industry as a whole, focusing on the complex relationships between major labels and their artists. Other musicians give their first-hand accounts of their own experiences in the business. The logistics and economics of how a record company works are explained by music industry insiders, including former EMI employees, music producers and music journalists. They trace the impact of the growing American economic recession on the industry, wherein many companies were taken over by larger groups who thought they could save them. In this instance, Terra Firma Capital Partners sought to rescue EMI despite having little experience in music management. Meanwhile, Thirty Seconds to Mars are also shown struggling with larger questions of art, money, and integrity. Vignettes in this vein include "people talking about everything from love, art, war, the state of the music industry, and the world." Participants include Irving Azoff, Bob Lefsetz, technologist Daniel Ek (founder of music streaming service Spotify), Bob Ezrin, Neil Strauss, as well as musicians Chester Bennington, Brandon Boyd, and Serj Tankian. Daniel Levitin, neuroscientist and author of the popular science book This Is Your Brain On Music, also appears, as do the Leto brothers mother Constance and a family friend.
Actors:
Jared Leto, Shannon Leto, Tomo Milicevic, Irving Azoff, Chester Bennington, Brandon Boyd, Angelica Cob-Baehler, Sonny DiPerri, Daniel Ek, Robert Ezrin, Flavor Flav, Jason Flom, Flood, Jeff Kempler, Kenna, Damian Kulash, Bob Lefsetz, Elio Leoni-Sceti, Constance Leto, Daniel Levitin
Directors:
Jared Leto
Genres:
Documentary, Music & Musicals, Special Interest

Sign up
Linkin Park: Frat Party at the Pankake Festival

Sign up
Rebels Without a Pause: The Induction Celebration of Public Enemy