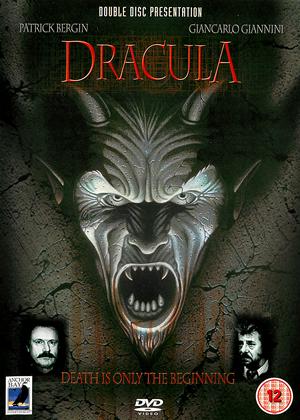 Synopsis:
Headed by the brash young American investment banker Jonathan Harker and his fiancee Nina, a group of young adventurers are seeding new opportunities in Budapest. When the mysterious Count Tepes summons Jonathan to his castle in Romania for an important deal, little does the banker know what horror he is about to unleash upon the world. Tepes is none other than Dracula, and he wants more than blood: he wants the souls of these vigorous young people. The only way they can prevent him from creating an army of undead is by probing into their own souls and accepting to sacrifice themselves for the good of humanity.
But Dracula, a master of seduction and sensuality, knows exactly how to make people yield to his will.
Actors:
Patrick Bergin, Giancarlo Giannini, Hardy Krüger Jr., Stefania Rocca, Muriel Baumeister, Kai Wiesinger, Alessio Boni, Conrad Hornby, Brett Forest, Alessia Merz, Piroska Kiss, István Göz, Barna Illyés, Csaba Pethes, Balázs Tardy, Levente Törköly, Ilona Kassai, Imola Gáspár, Csilla Bakonyi, Petra Hauman
Directors:
Roger Young
Writers:
Bram Stoker, Roger Young
Aka:
Il Bacio Di Dracula
Studio:
Anchor Bay
Genres:
Horror
Countries:
Italy, Horror

There have been so many versions and updates of this classic horror story that it is impossible not to ponder things like, how does Patrick Bergin’s version of the Count compare with that of Christopher Lee, Bela Lugosi or, bless us all, Zandor Vorkov? He’s very good, actually, aided by some impressive ageing/anti-ageing make-up and plenty of directorial build-ups.

This two-part television movie takes full advantage of its beautiful Budapest locations by presenting a world that is timeless, in the sense that we have flash cars and mobile phones, but also horse-drawn carriages and candelabras. Rather than the production existing in any kind of vacuum, it instead inhabits an exotic ageless environment which aids the story nicely. There are many moments taken from the book, but fitted into an updated timeline. The various CGI effects are mainly very decent, with a few over-ambitious misfires.

Not everything is great. This is a faithful but bloodless adaption and, while spectacular, it is not remotely frightening – although Director (and co-writer) Roger Young’s ambition to create an epic, cinematic version of the famous story is laudable. I felt that the climax was very abrupt (nice twist at the end though).

The acting is terrific throughout, with Giancarlo Giannini is a rather under-used Van Helsing-like Dr. Enrico Valenzi and Muriel Baumeister as Lucy of particular note. My score is 7 out of 10.