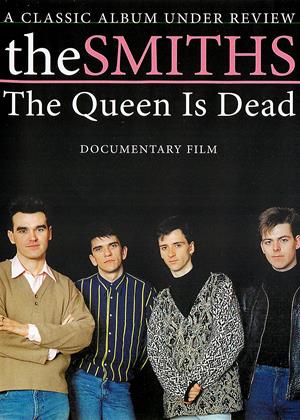 Synopsis:
If The Smiths had called it a day after 'Meat Is Murder', and never released 'The Queen Is Dead', they would surely still be seen as one of the finest British bands ever - a perpetual legacy was assured soon after their second album. But on June 16th 1986, when the band released their third record proper, they entered an exclusive league that grants new membership once a decade at best. Since that day they have been spoken and written about in the same breath as The Beatles, The Stones, Led Zeppelin, The Sex Pistols - but very few others. This video is a visual review of this groundbreaking record, its writing, recording, production, release and legacy.
Showing for the first time how it all came together and what made it so great, the film is all at once hugely enlightening, downright entertaining, and remains the only.visual document of this momentous happening ever produced.

Rent other films like Smiths: The Queen Is Dead

Sign up
California Dreamin': The Songs of The Mamas and The Papas

Sign up
Who Killed Bill?: The Sex Pistols in The News

Sign up
Live Forever: The Rise and Fall of Brit Pop

Reviews of Smiths: The Queen Is Dead