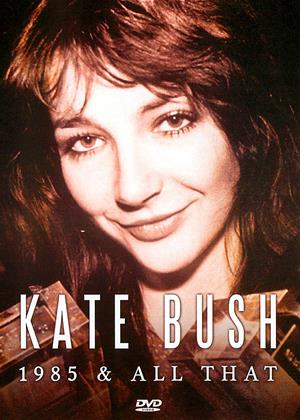 Synopsis:
The road to the best album of the 1980's. Following the disappointing sales of Kate Bush's fourth album, 'The Dreaming' in 1982, she told the press, "I finished my last album, did the promotion, then found myself in a kind of limbo. It took me a long time to be able even to write again". In the summer of 1983, she built her own 48-track studio in the grounds of her family home, which she could use at any time she liked, without being concerned about the cost. Kate Bush began recording demos for 'Hounds of Love' in January 1984. After five months, she began overdubbing and mixing the album in a process that took a year.
The recording sessions included use of the Fairlight CMI synthesiser, piano, traditional Irish instruments, and layered vocals. The album was produced as two suites - side one being "Hounds of Love" and side two a seven-track concept piece, "The Ninth Wave". Bush described it as being "about a person who is alone in the water for the night. It's about their past, present and future coming to keep them awake, to stop them drowning, to stop them going to sleep until the morning comes". The 'Hounds of Love' remains not just a masterpiece for the cognoscenti, but a truly classic album, one of the finest of the decade, and for many, among the best of all time. This documentary film puts the record under the microscope and with the aid of numerous contributors, who worked along-side Kate, plus KB experts and musicologists, the finest journalist and rare performance and studio footage, the story behind the album's build-up, production, release, impact and legacy is told here in full.
Actors:
Kate Bush
Studio:
Smokin'
Genres:
British Films, Documentary, Music & Musicals, Performing Arts, Special Interest
Countries:
UK

Rent other films like Kate Bush: 1985 and All That