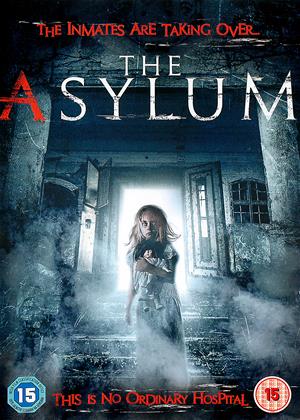 Reviews (2) of The Asylum

dreadful - The Asylum review by gazmb

Good god what a waste of what could of been a good film. Dreadful acting and even worse script. So bad I couldn't be bothered to finish watching it , life's to short.

Slow and steady. - The Asylum review by NP

This succinctly titled chiller features the writing and directing work of Filip Maciejewicz. His story is a slow burner featuring a number of clever ideas and twists that award concentration from the audience. To appreciate them however, requires sitting through a fairly routinely directed production that sometimes borders on dullness.

As an independent film ‘The Asylum’ is to be applauded, but there needed to be a few more flourishes to keep the attention from wandering on occasions. A slow story directed in a slow manner does not make particularly riveting viewing, but the acting, which ranges from adequate to powerful, disinclines the audience to lose interest.

I have a great fondness for low budget films, but some, such as this, could really have benefitted from a little extra time to tighten up certain scenes and allow the occasional shocks and violence to work more effectively than they are allowed to here.

My advice would be, don’t go into this expecting anything particularly spectacular and, provided you stick around until the end, you will be suitably rewarded for 85 minutes. My score would be 6 out of 10.

The Asylum (aka Seventy-Nine) review by Adrijan Arsovski - Cinema Paradiso

Another day, another low-budget indie horror feature in the pipeline. Right off the bat, I would say this tough: The Asylum is not the world’s most terrible movie ever put to screen, but (and that’s a big BUT), The Asylum is not the best inside horror contender either. Granted, there are several interesting ideas and premises, but unfortunately they’re not expanded upon as much as they should’ve in the latter half of the film. And so, the same question persists: is The Asylum actually worth watching, or are there other, better things to do? Again, the answer is: it depends.

The film takes place in a psychiatric ward, as several “scientific researchers” try to improve their patients’ condition by subjecting them to what’s basically a violent brainwashing program. As these things often go in horror flicks, the experiments go slightly out of hand (and by slightly, I mean VERY), and some of these violent patients are left to wander on their own in the hospital’s own corridors. Finally, the researchers live to see the day when their own creation smothers them without any second thoughts. The end.

As you can see, the story is not all that special, nor is it special in the way it’s told. Despite all of that however, some characters are interesting enough to warrant a mention or two. Especially the archetype of the bad cop (bad as seen in the manners in which he peels an apple), who comes off as intimidating, believable, and pretty darn convincing if you ask me. The other characters are not that much compelling, with the screenplay not giving you much reason to care about what happens to them further down the road. Yes, as you can guess, some of them didn’t make it, but such is the nature of shady psychiatric wards where dangerous experiments are the sole life force of said institution.

The violence controlling aspect of the film was fine, I guess. At some instances, it reminded me of the infamous real-world experiments as conducted by none other than Philip Zimbardo (the Stanford Prison Experiment), so kudos to the film for managing to invoke that feeling of constant and utter dread. Unfortunately, this feeling wears of pretty soon, so the audience is left to their imaginations to ponder about what type of catastrophe should scare them next.

All things considered, I can really see where director Filip Maciejewics was coming from and what he wanted to achieve with The Asylum. However, the uninspiring script, the wooden acting, and the boring atmosphere provide for little thrills or scares. Go into this by expecting a real B-grade indie horror flick and nothing more than that.