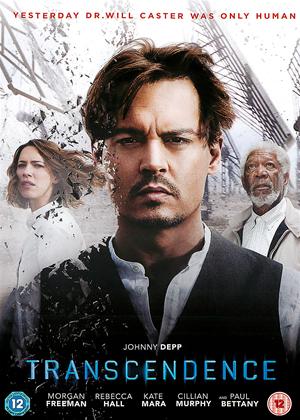 Despite the poor reviews that this film received from the critics, I was hoping for something better. But no - this is disappointing stuff.

There are several big ticket names on the cast list, but the one who might at first appear to be the lead - Johnny Depp - is really only there for the first 20 minutes or so. So the characterisation is unclear. The end of the film - the downfall of modern computer / Internet based civilisation - is shown at the start of the film, so frankly there are no surprises. And the entire central premise of the film, that man is at risk from a powerful artificial intelligence, has been worked over so, so many times in pulp fiction from the 1940s and 1950s onwards.

The film was pretty to watch but overlong at just under 2 hours. And the technical issues dealt with in the film are frankly, quite silly. AI research? Silly. Nanotechnology? Silly. Computer viruses? Silly. Even the Faraday cage built at the start of the film was incorrect. Ah well - I suppose getting things 'right' might make for a boring film...

Not the best for J D - Transcendence review by NC

J D always holds the lens quite well, and Morgan usually does pretty good, but let down a bit by the semi Marvel comics aspect. Bit too incredible to be plausible, and nut quirky enough to be clever.

So refreshing to have Paul Bettany trying to make it work as well. Great to actually hear the English language on film again, spoken clearly and with diction. A rare commodity...........

jhonny depp is my favourite actor and as always his performances are always great this movie was very intresting as he comes back to life a defently must see highley recommeded :)

When a first time director transitions from a different kind of film work to commanding a whole film behind the camera there is bound to be some issues and while Transcendence has an enviable cast to fall back on its the story and the attention to a unbelievable premise that scuttles this ship before it can ever really take off and by the end you might just wonder what the hell any of it was all about.

Transcendence follows what happens when renowned computer scientist Will Caster (Johnny Depp) is shot and left for dead. To save him, his wife Evelyn (Rebecca Hall) transfers his consciousness into a computer but the new Will’s desires for more information and power causes dangerous repercussions for everyone across the world as the line between man and computer is strained to the breaking point.

Like a lot of recent films, Transcendence transcribes to the unsung heroes idea that seems to be making the rounds in films recently with the whole picture building up to a technological revolution that is more destructive than informative and while the idea of humans as the underdogs is interesting, this really does seem like a poor man’s Terminator, minus the presence of a certain burly Austrian.

All in all Wally Pfister has crafted an age old tale in a new light but all he has really done is provide the general look of a film with a paint by numbers story that never really feels like it could even conceivably be real. Depp is excellent as the AI anti-hero but he is let down by an unreliable Hall and the whole film hangs on her character leaving the film gasping for life amidst all the pretty images that Pfister is known for thanks to his days as Christopher Nolan’s cinematographer.