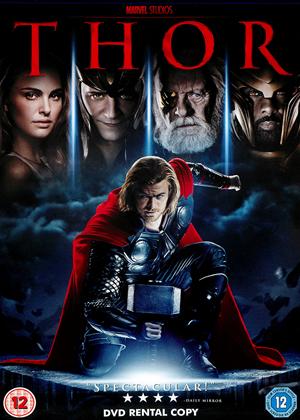 Sign up
Star Wars: Episode I: The Phantom Menace

This film currently (Jan 2012) has a rating of 7.1 on IMDB, so you might assume that it should at least be watchable, right? Wrong – it's complete and utter, boring twaddle. Kenneth Branagh, renowned director, you should be ashamed. The script is truly awful. The acting is wooden, with the sole exception of Anthony Hopkins, as perhaps might be expected – but frankly his role is silly. In fact, it's all silly. I suppose this might be expected since it's derived from Marvel comic characters. But there have been some fairly good films from comics – Spiderman, Batman, even Superman. This one is grim. 1/5 stars – and that's only because I can't give it zero. Avoid like the plague.

As part of the MCU, there had to be a film about Thor - he is such a part of Marvel that it would be insane NOT to have one. The nice thing about this film (from an intelligence point of view) is that is introduces Norse mythology to the uninitiated, with a spot of sci-fi thrown in to explain it all (eg the Bifrost bridge, with Heimdall as a gatekeeper, enacting his powers as a seer of all things). Story-wise: not great, acting-wise: average (but enhanced by Anthony Hopkins and Stellan Skarsgard), CGI: OK (not as pervasive/invasive as later MCU films)

‘Thor’ is quite a peculiar experiment – a Marvel production focused on one of its future Avengers, a Norse god of thunder named Thor, played by Australian actor Chris Hemsworth (last seen as Capt. Kirk’s dad in ‘Star Trek), and directed by actor-director Kenneth Branagh, whose fondness for Shakespeare is part and parcel of his career (he did a movie version of ‘Hamlet’).

What an interesting combination. ‘Thor’ is not exactly a popular comic book hero, and actually, an unusual choice for a superhero movie. Thor is a god who was banished to earth for being a power-hungry deity with anger issues. How do you translate that to the screen? Will Thor be emo-ing the entire movie? Fortunately for us, ‘Thor’ is crafted for the popcorn viewer in mind. It’s a fish-out-of-water story; a rather big fish because of Thor’s pedigree and well, size, but the concept of the film is about building one’s character.

Someone like Thor has never experienced being down-to-earth, so it’s only appropriate that in order for him to learn humility, he is sent to Earth – a world considered beneath his kingdom of Asgard. Thor is next-in-line as its King but he’s too eager to sit on the throne. It seems he wants all the prestige without the responsibility. So to Earth he goes and there, he is equally a menace for being larger than life (figuratively and literally) and his unheard of temper.

Chris Hemsworth brings gravitas to Thor. In all aspects, Thor is not a sympathetic character. His arrogance alone does not make him a superhero. But with Hemsworth’s performance, we learn to like him at first and love him in the end. Our representative in the film is Natalie Portman; she sees him the same way we do and we develop a relationship with Thor eventually. ‘Thor’ is not really about fighting off villains; compared to other Marvel movies, it has the least amount of dead bodies. All he needs to do is to prove himself worthy. What a refreshing take: a god learning to be more human in order to be king.