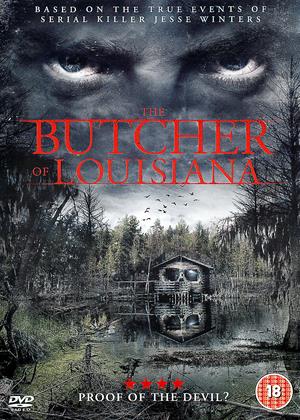 Reviews (1) of The Butcher of Louisiana

Spoilers follow ... - The Butcher of Louisiana review by NP

Lisa Mackel Smith plays Kate Winters, a mother determined to prove that her murderous son was under demonic possession and not, as the authorities believe, suffering any kind of mental disorder. To do this, she hires a small documentary crew (Stu and Eddie and poor silent Joey) to film her as she submits to voluntary demonic possession herself.

After some risible scenes as the spell (by a demon called The Butcher – identical to the name given to the evil that took hold of Jessie, Kate’s son) takes hold, strange (but familiar to horror films), events start to occur. All the food in the house goes bad, relations between the documentary crew, Kate, her nurse and psychiatrist become antagonistic. And yet, apart from becoming more lurid and vulgar, none of the possessions – and there’s more than one - don’t progress in a way that ramps up much in the way of tension.

This is a not-so-distant cousin of other found-footage films, especially ‘The Last Exorcism (2013)’ – in fact, one character mentions its similarity to ‘Paranormal Activity (2010)’. Despite the efforts of the cast, however, it simply isn’t frightening. The ending, which piles proclamation after proclamation (often through a voice filter that makes it difficult to understand The Butcher’s words) just serves to muddy the waters and drags on far too long to remain suspenseful.

Well intentioned, and not without merit, this is nevertheless far from greatness.