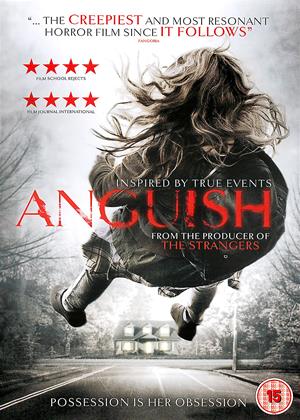 Synopsis:
Sixteen-year old Tess (Ryan Simpkins) has suffered a tough upbringing. She's been diagnosed with an assortment of mental ailments first discovered when her mother, Jessica (Annika Marks), found Tess hanging her head against the wall when she was just five. Now, the latest medication Tess has been taking seems to be working and Jessica chooses to move them to a new town for a fresh start. But just as less begins to find comfort and hope in her new surroundings, hallucinations begin involving a dead girl, Lucy who was recently killed in a car accident and whose picture Tess finds at a memorial by the side of the road.
The hallucinations intensify as Lucy seems to be taking over Tess's body and mind. Doctors can't help her, and neither can the local priest, so it's left to her single mother to fight for her daughters' soul.
Actors:
Ryan Simpkins, Annika Marks, Karina Logue, Cliff Chamberlain, Amberley Gridley, Ryan O'Nan, Paulina Olszynski, Anu Bhatt, Andrea Susan Bush, Camara K. Colvin, Justine M. Constantino, Anthony Corrado, Dennis Hindman, Andy Janopoulos, George Johnston, Mary Johnston, Lauren Karcz, Abigail Kelleher, Nick Klein, Ed Koziarski
Directors:
Sonny Mallhi
Producers:
Guy Danella, Sonny Mallhi
Writers:
Sonny Mallhi
Studio:
Arrow Films
Genres:
Drama, Horror

In the short space of time she is onscreen, objectionable brat Lucy (Amberley Gridley) sulks and pouts so much that when she is knocked down by a speeding car during a spectacular strop, the relief outweighs any grief.

Next we meet Tess (Ryan Simpkins), a similarly uncommunicative young lady who initially displays all of Lucy’s charm (i.e.: none) – and yet Tess’s troubles are there for a reason: for years, she has suffered mental instability episodes throughout her life. We learn this from scenes of her isolation, even in her fairly bustling hometown. This may make her susceptible to Lucy’s undead spirit …

With so little happening throughout the running time, and when much of that time is given to focussing on Tess’s sullen moping, there isn’t much sympathy invited. It is suggested that Tess’s condition - a ‘dissociative identity disorder’ - makes her susceptible to Lucy’s undead presence. Her mother Jessica, fashionably not that much older than her daughter, is wracked with the applicable concern, but when her daughter is so cut off, so apathetic, as far as this drama is concerned, she just becomes a pain in the neck. With an unresponsive child possessed by a sulky adolescent, the subtleties of the drama are fatally unengaging.

And yet, amid the heart-wrenching soul-searching, Sarah’s wishes that her dead daughter Lucy needs to be ‘in a better place’ are somewhat unnerving, especially as the spirit seems unwilling to leave the host body. These scenes, and others, would have been so much more effective if more was made of the supernatural element.

Ultimately, despite what are presumably the best intentions of the cast and crew, two women screaming ‘Tess!!’ every time the young woman coughs or chokes or looks earnestly into the distance doesn’t really inspire much of a reaction. Sadly, I ran out of patience long before the film ended. As a guide in how not to look after a troubled teen, this may be useful, but as a horror film, it is duller than dull.

Boring and dull! Nothing much happens. Got an extra star for not following the usual religious path that films of this ilk usually go down, but could still not recommend. Best part happens in the first couple of minutes.