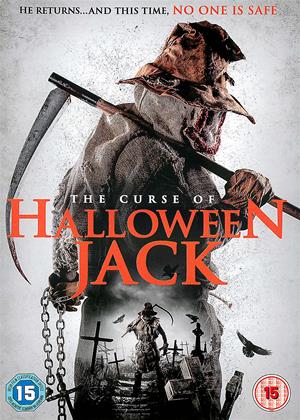 Rent other films like The Curse of Halloween Jack

Reviews (2) of The Curse of Halloween Jack

I’m really at a crossroads with this, the latest film from Andrew Jones’ prolific North Bank Entertainment company. This sequel to 2018’s ‘Legend of Halloween Jack’, this production is a similar mix of the good and the not-so-good. The problem is, after so many projects, the not-so-good elements should be better than what we have here.

It is a step up from the previous instalment, however; Halloween Jack’s appearance has had a few tweaks, and his glowing scarecrow appearance looks pretty good in an eccentric kind of way. Any sound issues prevalent in previous films are absent, and the acting is all pretty decent.

However, we do get the usual mix of accents, which makes it difficult to pinpoint where the gruesome action is supposed to be located. Cockneys, RP, Welsh and American accents all rub shoulders together. The Americans in particular sound unconvincing to this UK ear, and must give genuine United Statesians toothache. The location is listed as Dunwich in Massechusetts, but it might as well be Suffolk.

Halloween Jack’s motive seems to be to kill as many people as possible. The kills are spectacularly under-produced, with cap guns and a distinct lack of gore. I wondered if this film was supposed to be a family friendly horror, but the frequent profanities would indicate otherwise. There’s a massacre at a Halloween party, where a handful of people we’ve been made familiar with are knifed. The other partygoers respond by running around the living room and screaming, but make no attempt to leave the house. It is a masterpiece of understatement, and it gives the impression that no attempt has been made to create any tension at all.

After a brief chat to bearded weirdo Duke Tanner (Peter Cosgrove), Danielle (Tiffany Ceri) – whose previous most daring exploit was to defy her father and attend the afore-mentioned Halloween party – suddenly becomes what we are invited to imagine is a gun toting bass ass. Despite the prolific Ceri’s best efforts, it is a lukewarm transformation.

I like that North Bank Entertainment exists, and I am glad they have reached a level of success that allows them to make a growing number of UK/Welsh horror productions. But it frustrates me a little that they don’t progress artistically a little more. Their best film, in my view, remains their very early ‘Theatre of Fear (2014)’. My score is 6 out of 10.

Abandon all hope, ye who rent this DVD - The Curse of Halloween Jack review by AER

Andrew Jones has directed a ton of films - they were steadily improving up until the release of Cabin 28. Ever since quality control has been in free fall and they've hit rock bottom with the seriously inept shambles of a slasher flick. At 78 minutes long including bookending credit crawls, Halloween Jack 2 felt longer than AN ELEPHANT SITTING STILL... bad props,no sfx, awful acting, dog poo script, you will pray for a quick, painless death because this is the definition of sufferance.