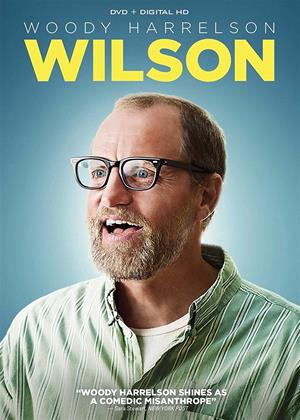 Not released
Best Man Down

Not released
Middle School: The Worst Years of My Life

Anyone who lives in the city probably knows a guy like Wilson. He’s older, balding, wears thick glasses, and has an apartment littered with books. He hates technology and despises the working class. He thinks of himself as a philosopher of people but is ultimately too blunt and stumbling when it comes to facing them. He’s a hard guy to like which makes him and his movie all the more perplexing.

Woody Harrelson plays Wilson with the right amount of smugness and rambling. He plays up the man’s flawed reasoning of the world with great awkwardness and loneliness. Wilson meets a snarky woman in the grocery store and the way he can try to ask her out is fake an accident in the parking lot. He spots a latino woman nannying some kids and comments on how it must suck to work for white people too lazy to take care of their own kids. Nothing good comes of these encounters. How could they? Wilson is so strange to be around, the way he believes society should be more open to start conversations with anyone, even if those conversations are inappropriate and rude.

But Wilson is no saint when it comes to how he has lived. His ex-lover of Lynn (Laura Dern) soon comes back into contact with him and has news that she had a child long ago. Wilson is ecstatic at this news, eager to track down his teenage daughter (Isabella Amara). The prospect of starting a family seems mighty fine now that his friends are moving onto the next stages in their lives, given him being middle-aged. It’s just too bad that he’s spent his whole life making the wrong decisions with many more to come in his baffling bohemian perspective of the world he finds both fascinating and horrible.

Much like Wilson himself, the film finds great interest in its characters, staging plenty of unique and troubling situations that always come off with a stumbling whenever Wilson finds himself in conversation. He starts off quirky enough as a guy who can chat with a stranger on a train but ends that talk with a yell about how society has turned into a punch-card world of money and power. Not exactly the best dinner guests and the distance his friends and relations put between him makes it clear nobody wants him too near. Even when it seems as though Wilson has reformed his ways and accepted a new life or had a good chat, he’ll find some way to ruin. At one point he receives sound advice a fellow dad while at a bathroom urinal; too bad he caps it off by commenting on the stranger’s penis.

Wilson, the character and the movie, has its charms but it becomes a challenging balancing act at times to adore fully. Sometimes it’s a delightfully scathing middle finger to society, other times it's a broken one due to the ineptitude of its reactionary characters. I also can’t help but feel there’s a lot left on the cutting room floor as this 90-minute film could use a few more scenes of Wilson connecting with his daughter is working his way up in prison. The character plays more like a vocal and goofy version of Harvey Pekar, as though the simple tale of one man coming to terms with his intellectualism and poor people skills wasn’t enough. When the film has to resort to Harrelson hiding behind clothing store mannequins to spy on his daughter, I couldn’t help but feel this could be better, even for such a fumbler of society.