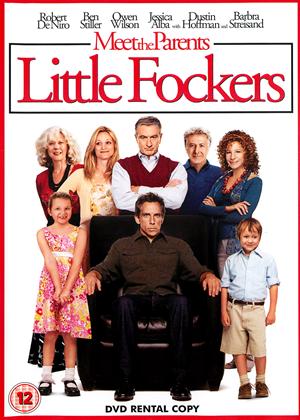 The worst of the series! - Little Fockers review by CP Customer

This has nothing on the previous Focker films. The laughs are slow to come, and there are not many of them I'm afraid!

The funniest part of the film is the last 20 seconds, I couldn't stop laughing.

If you loved the previous Focker films, I think you'll be disappointed with this one. The story has run dry!

OK, so this is the 2nd sequel (I think) BUT it is still funny. I watched it with an 80-something lady who also laughed out loud at certain points (though disliked some crude visual jokes).

It works because the characters are strong, and the script is tight (the UK just does not seem able to make 90 minute funny film comedies like this for some reason).

OK, so De Niro, Hoffman and Streisand are phoning it I (and coining it!) - but hey, that's Hollywood.

A good fun comedy which, unusually, touches on the much-hidden US class system (where those in lowly jobs are looked down on).

Strong Religious plugs throughout the film and not funny at all! - Little Fockers review by CS

If this is the level that so called American Comedy has stooped to, then it's time for a really good shake up and instead of constantly re-hashing the same themes over and over again, at least attempt to give us something new and refreshing! I didn't find any of this funny, the gags are predictable, yawn some and really just crude for the sake of being crude! The last 30 minutes is literally a full blown advert for Judaism and why the constant Jewish references are constantly being made throughout the film, when they really are irrelevant to the actual plot. What on earth is Christmakkah , why does everything have to be given a Jewish overhaul and giving a Christian person Jewish Religious symbols as presents could be deemed as downright offensive and simply an attempt at pushing your religious beliefs upon them, which is what happens in this film, yet we the audience are supposed to accept it, when in reality a Jewish or Muslim audience would be outraged if a Christian did that to a Jewish or Muslim character! An actors own religious beliefs are irrelevant to a film when it's not part of the plot, yet for some peculiar reason people like Ben Stiller and Barbara Streisand seem as though they can't help themselves, but constantly plug their religious beliefs, irrelevant though they are to the actual film! Sorry, but to me this film was a complete waste of time and appeared to have been made for two reasons, one to cash in on the series and two to promote Judaism!

And they’re back! Greg Focker (Ben Stiller) and Jack Byrnes (Robert De Niro) return to what they do best; they’re at it again: at each other’s throats. Whatever goodwill between the in-laws mustered in 2000’s hilarious ‘Meet the Parents’ and sub-par ‘Meet the Fockers’ have been debunked yet again in the threequel ‘Little Fockers’, and we’re left to wonder – why can’t they just get along?

In ‘Little Fockers’, the male nurse Greg is still a doting husband and now father of fraternal twins, Henry and Sam. But nothing is as happy family as it seems. Greg and his wife Pam are stressing out on how to enroll their Little Fockers to a private school while Greg battles with a smarmy contractor played by Harvey Keitel. Not to mention an attractive pharmaceutical rep named Andi Garcia (Jessica Alba) – no kidding – wants her paws on him. With Greg’s in-laws, parents, and even Pam’s ex-boyfriend Kevin (Owen Wilson) lurking, ready to pounce on his already frazzled life, it’s no wonder he’s again on edge.

The chemistry of the first two films’ characters/actors is still in tact, but with the latest additions – the kids, Alba, and Keitel – it’s become a hodgepodge of gags that are quite familiar because they’ve been totally done before.

Ben Stiller is a genius when it comes to interpreting inconveniences in a comedic and endearing manner but in ‘Little Fockers’ he’s become whiny and even annoying. Robert De Niro references his past ‘The Godfather’ status when he asks Greg to be the next ‘GodFocker’. It’s amazing how De Niro has become a parody of his own self. But you cannot dismiss the short yet hilarious turns of Barbra Streisand, Dustin Hoffman, and Laura Dern as the headmistress of the exclusive preschool.

They know how to work their material in the little time given them. Expanding Owen Wilson’s character is a welcome change; his charming character elicits sympathy from the audience. ‘Little Fockers’ is just here to make money instead of the funny.